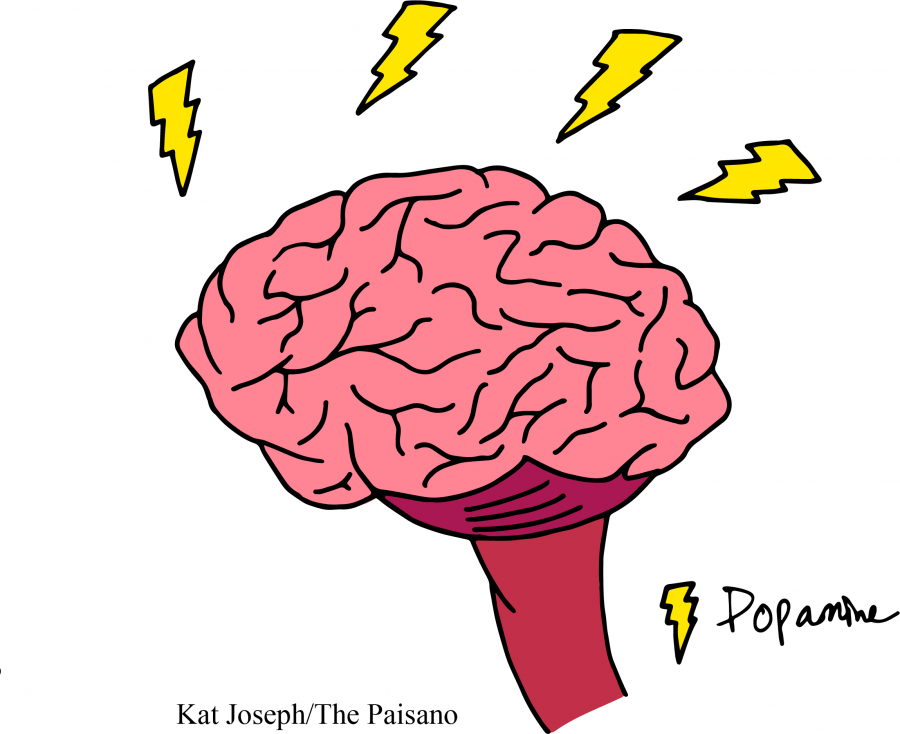 Scientists at UTSA have recently uncovered a new relationship between the psychostimulant, cocaine and dopamine responses in the brain.

This new information, which was published in the most recent issue of the Journal of Neuroscience, sheds light into how the brain reacts when there is added efforts into receiving a drug reward.

Matt Wanat, an assistant professor of neuroscience at UTSA who published the article, believes that learning how the brain reacts to food rewards versus drug rewards is an important step in understanding drug addiction. Wanat studies the neurobiology of motivated behaviors, specifically, dopamine responses in the brain.

“The brain is a cluster of cells,” Wanat said.

Dopamine starts with the brain. These cells are constantly working and communicating with one another. The way they communicate is through chemicals called neurotransmitters.

Neurotransmitters are chemicals such as serotonin, dopamine and endorphin that can be released by the brain and act on other cells. These releases create a ripple effect throughout the brain which can stimulate actions or inhibit responses to certain outside stimuli.

“I hate to say that dopamine just does one thing,” Wanat said. “It’s not like dopamine equals the pleasure center. It’s involved with a large number of things. It’s important for natural learning, movement, it’s important in motivation. It’s a modulator.”

The animals used a basic task – a lever press – to retrieve the reward.

These results give insight into how dopamine works in the body. Dopamine research is important for learning more about drug addiction and processes that might aid in research for illnesses associated with dopamine such as Parkinson’s disease.

Parkinson’s disease affects dopamine production. People who suffer from Parkinson’s have 85 to 90 percent decrease in the amount of dopamine in their body which inhibits their movement. This research could lead to a better understanding of dopamine that could one day lead to a cure or a better treatment for symptoms of Parkinson’s.

People who suffer from drug addiction have to overcome greater costs to obtain drugs.

Understanding how the brain reacts to drugs when compared to food gives researchers a glimpse into how the brain functions when working for rewards. Currently there is no FDA approved treatment for psychostimulant addiction. Wanat hopes that his research will help scientists uncover more about addiction and treatments.