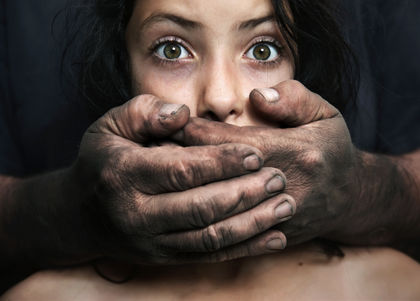 Sheck Wes, the rapper behind “Mo Bamba,” spent this past week in the spotlight after accusations of physical and mental abuse by ex-girlfriend and singer Justine Skye. While all signs point to Sheck being guilty, I won’t be writing about the case itself. I would rather use this section of the paper to discuss the flat out disgusting responses and attacks Skye faced on social media as well as the vast amount of individuals who are victimized everyday for speaking out against their abusers.

Rather than believe women like Skye, we immediately expect her to offer an explanation on why she stayed with Sheck. “Why not just leave and walk out the door?” It would take at least a dozen newspapers to explain how wrong that question is. It’s never that easy. Victims are not only trapped by their abuser’s physical actions, but their narcissism and sociopathic behavior; it is sad this still needs to be explained in 2019.

Just like a single mother working 60 hours a week to put food on the table is crippled by a capitalist system that fails to work for her, victims of abuse are trapped by an abuser who refuses to let them grow and progress as individuals. They knock you down to your weakest points and will do everything in their power to ensure you never get the courage to say “enough is enough.”

Especially with celebrities, we are often in a sense of denial. As fans of the art they create, we are blinded by the fact that they can do such horrific things. Yet, we must remember that these celebrities are humans too, and sometimes humans suck. Seeing someone you look up to outed as an abuser alters our sense of the world and forces us to look for any excuse to say they aren’t capable of abusing someone, and that’s where victimization plays its role.

It takes a colossal amount of courage to come out publicly against your abuser. Partially, because victims know that they will be ridiculed, discredited and shamed. When these victims finally reach out to the public, the last thing they need is more mental abuse from the court of public opinion. I wish I knew how to get rid of victimization culture, but a good start would be making victims feel heard. They need all the support they can get during such trying times.

As a male, I would encourage other men to listen to victims and make their stories feel validated. These individuals are sharing vividly painful experiences in an effort to shed light on the epidemic of domestic abuse. Victims are not the ones to blame, and we often treat them as if they did something wrong. If we want to create a safer world for the women in our life; it starts with simply believing them when they share their testimonies.

One of the easiest ways to prevent victimization is not giving guys like Sheck Wes a platform. We constantly make the same mistake of forgiving abusive artists by buying their music, seeing their movies, and purchasing their content. If we continue to give platforms to Sheck, Chris Brown, Johnny Depp, and the countless other artists with a track record of abuse; it paints a picture of men not being held accountable for their actions. If we really want to fight the long fought battle of injustice against women, it must start in the home. For if someone such as Justine Skye can not feel safe in her own home, the cycle of victimization and abuse will never end.