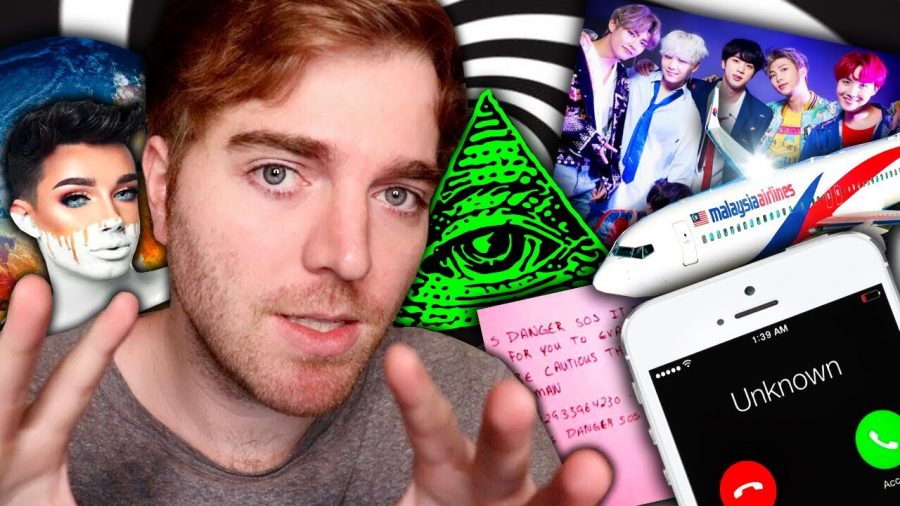 We love finding videos on social media that make us think or doubt our knowledge. A video of a girl with a mermaid tail or a fish-head-monkey. Even if we conclude that they are clearly not real, they still makes us look at everything through a different light.

As social networks begin to rise, so do the people behind the camera. Shane Dawson is an accomplished Youtube star who has shed light on conspiracy theories. Dawson has also included behind the scenes life of famous Youtubers such as Tana Mongeau, Jeffree Star and Jake Paul. Dawson’s TV series type videos on Youtube are arguably the most popular of the category, making the star even more popular in the media.

Dawson’s most recent two-part conspiracy video accumulated over 50 million views. His stories open people’s minds regarding ideas that roam the web. Dawson’s videos have raised backlash against the Youtube star due to his outrageous claims. Even with his multimillion views and rising fame, Dawson still creates content on his channel that makes people think. In my perspective, Dawson helped me become more self-aware of our countries’ policies.

Due to his proximity to the California Wildfire last year, he theorizes what started the fire in his recent video of “Conspiracy theories with Shane Dawson.” Dawson’s findings are not factual, but more theoretical. Yet, his video has made many people question if he could actually be correct. Dawson assumes that the fire was started by lasers, but he does say it’s all theoretical. His videos are a way to interact with events happening in our daily life with a twist.

Not only are his theories causing social media to explode with memes, companies have also released statements discrediting any false claims the Youtube star has imposed on their products. One of the most recent companies to do so was Chuck E. Cheese. Dawson and his friends visit a local Chuck E. Cheese to prove to his audience his newfound theory of how the company reuses pizza slices. Yes, you read that right. Dawson and other social media accounts have bought the idea to the public eye that Chuck E. Cheese has recycled pizza by reheating and adding cheese as “glue.” The company directed the public through news sources and social media that their pizza is made fresh. Even though the theory entertained viewers, Dawson’s theory was shut down by the company.

The internet has shown people of all ages the strangest things, but they’re mostly for entertainment. Dawson is just one of many that upload abnormal stories that helped raise his view count throughout the years. Many think that he does this for fame but I truly think he loves what he does. Some of his theories may or may not be fully factual in every sense. Yet, he has entertained his followers for over 12 years, making him a worldwide Youtube star.