When love ends, be the water poetry review 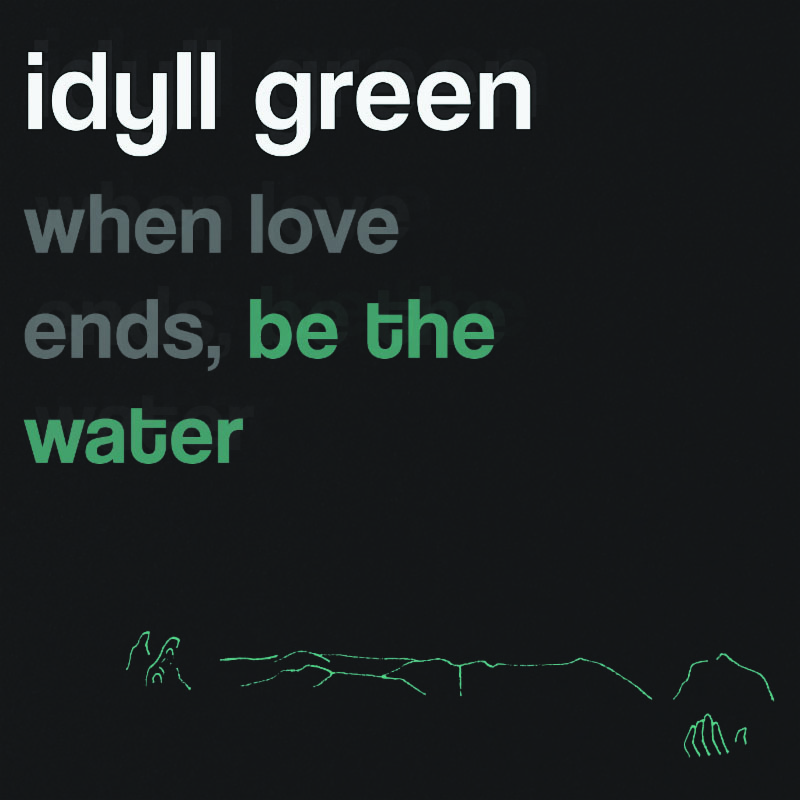 Rene Villanueva, the singer and writer for the band Idyll Green, recently released a book of poetry titled, “when love ends, be the water.” The book takes its name from the band’s most recent EP, which pairs with the collection as a sort of map to navigate the autobiographical elements of the lyrics. The poems are meant to cover the events of a weekend experienced by Villanueva, which includes debauchery, lost love and music.

While the music produced by Idyll Green is atmospheric and punchy, the book reads lethargically, bogged down by frequent cliché, incessant enjambment and surface level descriptions. The poem titled, “we’re all seeded” showcases all of these qualities; the lines in the fourth stanza are particularly overused adages: “yet / our fingers / easily slide against each other / fit almost like they’ve / been waiting.” In the poem, “skin naked tele-visions,” the lines “death of dreams / like winter / soon” feel artificial and overused. The list of examples can go on and on.

In between groupings of poems are longer prose pieces that attempt to drive the narrative of the book forward. When I read through these pieces for the first time, I did not understand how to contextualize them with the poems in the book. These pieces are problematic due to their inability to stand alone without context from Idyll Green’s music; not to mention that they are also written in a dialogue format that can be tedious to follow.

Although a majority of the book drowns in non-descriptive language and form, there are bits of magic sprinkled in a few places. The poem titled, “becoming” features beautiful lines such as, “once a body known / but that body’s gone / I spilled him bloody on a page,” and, “no, my own street wouldn’t know my wide foreign walk / I was made new.” The poem, “be the feeling” is written in a disjointed fashion similar to the works of E.E. Cummings, making it visually striking and memorable.

This collection feels like the culmination of all of the current trends frequently employed by so called “instapoets,” which are poets who have risen to prominence using social media platforms. The direction of the poetry is left open for interpretation on purpose through the use of unspecific language; the poems feel more like the faux-depth motivational adages used to decorate the interiors of homes rather than an expression of language that is carefully crafted. There is a fine line to walk when trying to say a lot with a little, and this collection finds itself slipping off the line frequently.

People who enjoy the works of poets such as Lang Leav, Rupi Kaur and R.H. Sin will find something to enjoy here. You can see a clear inspiration from Kaur particularly, with frequent line breaks, the use of lowercase and lovely illustrations. However, without the context of the EP, the collection falls flat and cannot stand on its own. Whatever soul that is found in Idyll Green’s music does not resonate well within these poems; they come across as disjointed and confused, as if the ideas are half-finished and tired.