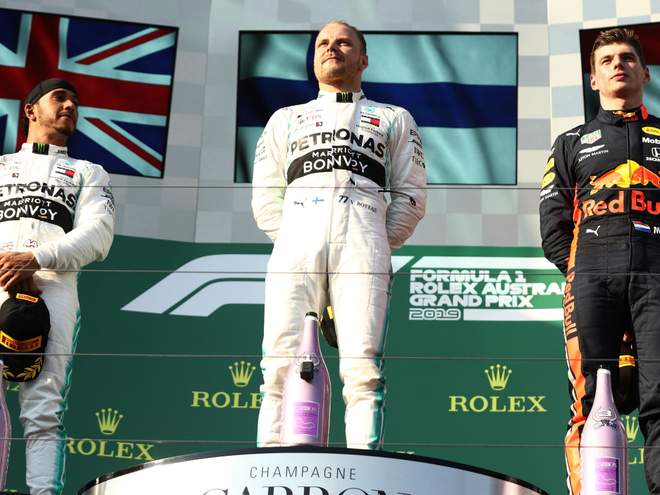 After the 2018 Formula 1 season, all eyes were on Lewis Hamilton along with numerous others doubted Valtteri Bottas’ potential. Following winter testing, team Ferrari looked strong but Bottas needed to pull some points for the Mercedes team. Many people wanted Bottas out of the team since he had not won a single Grand Prix in 2018. However, his lead was so vast that he could have taken a pit stop to be safe and still come out first. It looks like although 2018 was a bad year for Bottas, he is full of surprises in 2019. He shocked every hater by winning the race and taking the fastest lap bonus with him. He just put his name up there on the standings and is not done. 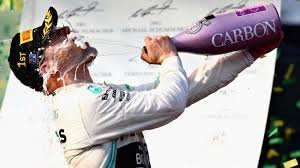 2.- Lewis Hamilton wants to get first place in Bahrain

After the race was over, Lewis Hamilton was not happy with his result. He respectfully congratulated his teammate Bottas, but wanted first place. Hamilton is a driver that will acknowledge what went wrong this race and make sure it won’t happen again. Next Grand Prix will take place Sakhir, Bahrain and will be looking for the 25 points next weekend.

Taking into consideration that both Mercedes drivers took the top positions, people wondered which Ferrari landed third. The short answer is neither. The youngest Formula 1 driver, Max Verstappen with team Red Bull – Aston Martin, will become the first driver to be on the podium with a Honda engine since 2008. It took Honda more than ten years to reach the top three on a Grand Prix, and Max made it look easy. He overtook the Ferrari driver Sebastian Vettel with ease and seemed like he almost had Hamilton as well. Unfortunately for Max, he fell short. As he started the season strong, Max looks to be on the podium again and keep his team points up in the standings.

4.- Gasly disappointed, but be careful and keep an eye on him.

Max Verstappen’s teammate Pierre Gasly started the race in 17th place and finished 11th. Saturday’s qualifiers landed him in the 17th place, and it is hard to overtake in Australia. Even though he began in a bad position, he was expected to finish with points. After this disappointing performance, he will look for a satisfying return in Bahrain. Gasly is confident there, as he claims that it is one of his favorite races. Although he had a bad performance, there is a big chance he will bounce back up again.

5.- Ferrari is not happy, Bahrain will be completely different

In Australia, Charles Leclerc was ordered to be behind Sebastian Vettel and give him some space. This action by Ferrari was strange as it seemed for most spectators that Leclerc was faster than Vettel. Ferrari not being able to take the podium is a massive failure as they looked to be the best during winter-testing. Vettel was confused during the race and asked on the comms why he was so slow compared to Mercedes. Ferrari ended up taking fourth and fifth place and are not satisfied with those results, as they were expecting much more.

Ricciardo is no stranger to Australia, as he himself is Australian. You would expect Ricciardo to finish the race with some points in his home country. However, after last year’s disaster, Ricciardo did not finish the race again. As the race started, he wanted to overtake to gain some positions and went off track, causing his front wing to fly off. His teammate Nico Hülkenberg did the job for him and finished seventh, collecting six points for Renault. We expect Hülkenberg to continue his consistency onto the Bahrain Grand Prix.

Daniel Ricciardo going off the track. Courtesy of Herald Sun.

Someone who surprised most viewers was Daniil Kvyat. Kvyat showed an impressive defense against a RedBull top contender, Pierre Gasly. Throughout the race he was on a constant push from Gasly, but never gave away the lead. This showed a high level of confidence as he accumulated points for Toro Rosso. Kvyat is not expected to finish with points in Bahrain. However, he might surprise again as he continues to improve and drive with a powerful defense. Toro Rosso’s other driver is Alexander Albon, the Thai-British Formula 1 rookie driver who looks to improve.

Once again Grosjean seemed strong, but it was not until the pit stop that the tyres seemed out of place. Grosjean was on a good run. After the pit stop, he went off track and realized the tyres were coming off. Haas had bad history with Grosjean’s car as he continued to be unable to finish races. However, Haas is lucky to have Kevin Magnussen as their other driver. Magnussen kept showing he is a top quality driver with his consistent high place finishes. Only Ferrari, Mercedes and Verstappen were in front. This is a highly skilled driver that Haas needs to focus on as he will keep staying on top. As for Grosjean, he needs to focus on finishing the race and accumulate points for his team.