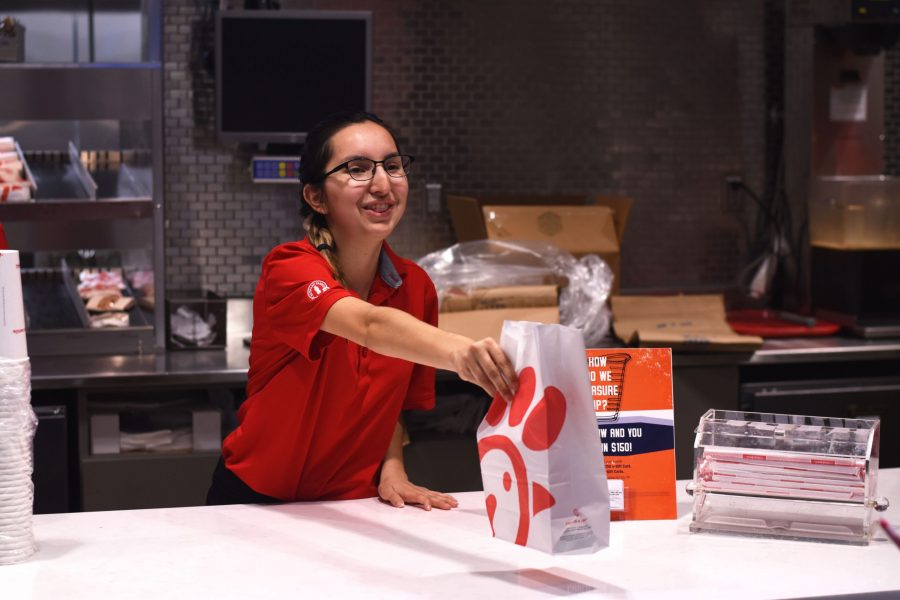 Recent news headlines from News 4 San Antonio stated that the San Antonio council decided not to house a Chick-fil-A in its airport because of the company’s donations to organizations that voice anti-LGBTQ+ opinions. With “cancel culture” being a trend now, people are questioning whether or not they should cancel, or in other words, stop supporting Chick-fil-A, along with other celebrities like R. Kelly, because of their problematic or socially unacceptable views.

I would like to preface this by saying that I believe big corporations, and celebrities for that matter, should not publicly voice their political views in order to protect their brand and image. When big corporations with a very large following, like Chick-fil-A, talk about controversial things, they risk losing a big portion of their following due to disagreements with their ideals. That is a dangerous game to play. Nonetheless, Chick-fil-A CEO, Dan Cathy, voiced his opinion opposing same-sex marriage, and later, it came out that the company donated almost $2 million to anti-LGBTQ+ organizations. Bold moves come with bold consequences, and this is a situation Chick-Fil-A finds itself in now.

To answer shortly, no, I don’t think Chick-fil-A should be canceled, but before you stop reading this article, let me elaborate. The higher-ups in Chick-fil-A are the anti-LGBTQ+ supporters, but your local Chick-Fil-A is not run by the CEO or any other people at Chick-fil-A headquarters; they are run by normal people who have their own political opinions, ones that may differ from those who are running their mouths at the headquarters in Atlanta, Georgia. According to the Atlanta Journal-Constitution, anyone can put in $5,000 and begin partially owning a Chick-fil-A. They run it in their own way, and both Chick-fil-A and the franchisee benefits from the profits. Additionally, not all employees at your local Chick-fil-A have anti-LGBTQ+ views. I have a LGBTQ+ friend who works at a Chick-Fil-A, and enjoys working at their location; they said many of the employees at that specific location are LGBTQ+, and they all feel comfortable in their workplace atmosphere.

Simply put, there are other people besides the corporate officers who rely on the success of Chick-Fil-A, and when you cancel the fast-food chain as a whole, you are hurting more people than just the CEO. To be completely honest, you are probably hurting the franchisee and employees more than the people who are actually anti-LGBTQ+ when you decide to cancel Chick-Fil-A and tell all of your friends not to go.

With that being said, I still think that the Chick-Fil-A headquarters and its employees should know that their views on the LGBTQ+ community are outdated and harmful to a population of people who already struggle to be accepted as is, and it would be beneficial to better inform them on how times have changed, but you are not sticking it to “the man” in any way by boycotting and cancelling your local Chick-Fil-A and putting them out of business. “The man” will still get their money from the other millions of locations at the end of the day.

If you really want to make an impact, support or attend rallies and protests at the headquarters in Georgia, and talk to the faces of the people who actually voiced their controversial opinions.

Do not feel guilty when you can’t resist the tempting smell while walking through the JPL, because at the end of the day, we all know who we are and what opinions we hold, and I believe where we choose to dine shouldn’t affect that.