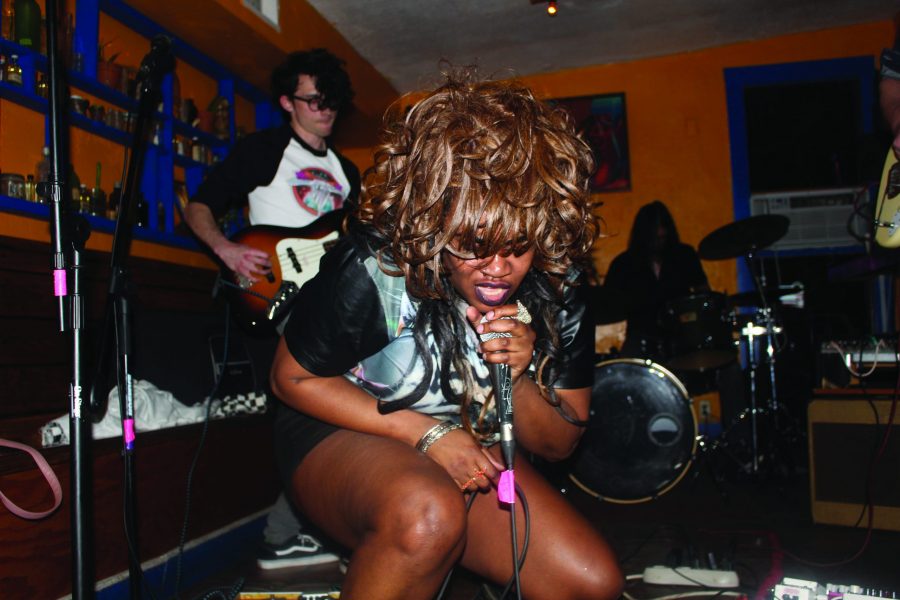 On the GoFundMe page for the community supported event, Xingonas In The Pit! made clear the importance of presenting Afropunk in the Pit, “We are tired of hetero hyper-masculine white-centered music scenes that lack safety and inclusivity. Alternative black artists are not given proper credit for their contributions to punk, tokenized and underpaid for their work as creators of culture; We intend to build sustainable, creative communities where black voices and talents are respected, honored and celebrated.”

Vendors, musicians, local activists and members of the queer and non-conforming punk community came out to support the event that featured a screening of the groundbreaking film “Afro-Punk”; screened over 400 times in both Canada and the U.S. The screening was followed by an artist talk with the director of the film, James Spooner. The “Afro-Punk” film, documented in 2003, captured black members of the punk scene and their experiences in a predominantly white genre of music.

“I felt the need to make a film that could tell the 14-year-old me that it was okay to be a black person in the punk scene. Once I saw the power of the film and how it was mobilizing people, I thought, okay maybe there can be a black punk scene. The things that I learned and the audacity that I’ve gained from the punk scene, I can now share with the black community,” Spooner said.

The event opened with a welcome from Crystal, Jazzmin Readeux and Daisy Salinas, the leaders of the Xingonias in the Pit. The introduction made clear that Afropunk in the Pit was a safe space for POCs and non-conforming folks to share ideas and art denouncing any possible form of discrimination or hatred.

Ojos performed a tribute to victims of police brutality as well as Hurricane Maria that affected Puerto Rico, captivating the crowd’s attention with lyrics that highlighted the cultural experience of the Afro-Latina identifying lead singer, “Am I not human? Do we not need the same? Or does my language take the blame?”

In an exclusive interview with The Paisano, Audrey Campbell, the lead singer of experimental punk band, Pleasure Venom, explained what it meant to perform at the Afropunk fest.

Showgoers jammed out as Pleasure Venom performed “Hive”, “I Can’t Find My Black Lipstick” and “Eddy”; a few fan favorites off of their latest EP.

“I’m all about infiltration; anyway that I can infiltrate these safe spaces, I will,” Campbell said. “I feel like I can lose myself on stage, it’s like I need to get this out! Sometimes I have a shaking cry, sometimes I just want to dance and get wild.”

“It’s okay for you to be queer or black or non-bianary, it shouldn’t mean that something bad should happen to you just because you’re causing a ruckus. Disrupting the system right now might be necessary, and with us being quiet nothing is going to happen,” Campbell said.

Afropunk in the Pit called for the decolonization of punk music and the recognition of Afropunk as a means of a creative outlet for black rage. Vendors comprised of POC stimulated conversation about marginalized blackness within the genre of punk music and how the support that radiated off of the community that attended the event did more than decolonize punk music; it simultaneously re-created and disrupted the entire space.