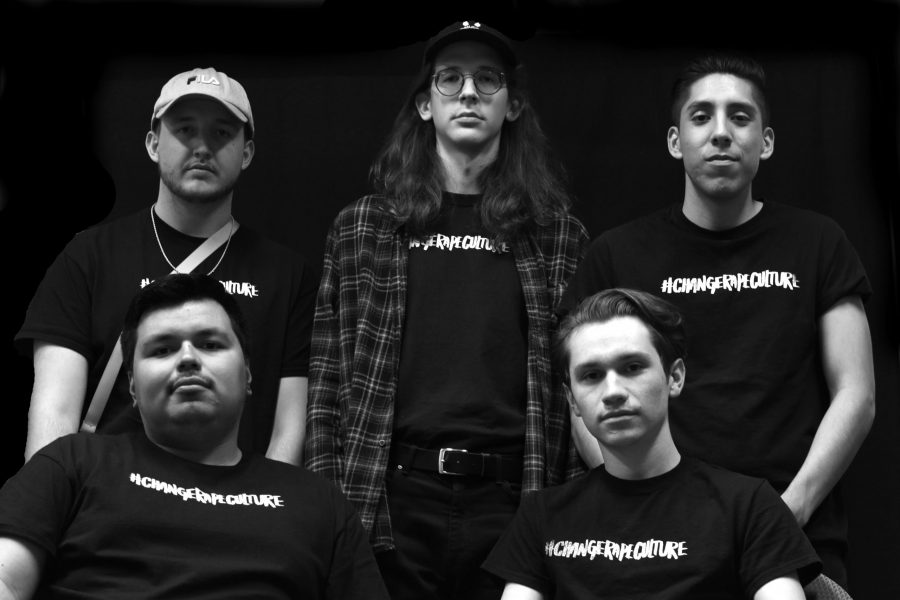 Hello readers! With the weeks winding down to graduation, it means my time writing Dear AJ at the Paisano is slowly coming to an end. With that being said, I am going to be focusing my last blogs on different topics.

*Trigger Warning* before reading the rest of this post, I will be discussing a topic that might make you uncomfortable or may reopen wounds that never healed. Please know the reason why I’m doing so is to start a conversation that needs to be discussed and will hopefully educate you as well. This week’s topic is going to be about #ChangeRapeCulture.

For those not familiar with the movement, #ChangeRapeCulture is a group of individuals fighting to make changes to the UTSA community, specifically challenging the rape culture that is normalized and excused in the media and popular culture.

So, what is rape culture?

Defined by Marshall University’s Women’s Center, “Rape Culture is an environment in which rape is prevalent and in which sexual violence against women is normalized and excused in the media and popular culture.  Rape culture is perpetuated through the use of misogynistic language, the objectification of women’s bodies and the glamorization of sexual violence, thereby creating a society that disregards women’s rights and safety.”

Rape culture affects every woman. Women have to limit their behavior because of the existence of rape culture. They live in fear. Women are held in a subordinate position to the entire male population because men, generally, do not live in fear of rape.

If you’re shaking your head at this post and thinking “that’s not true”or “rape culture doesn’t exist,” then you’re part of the problem. You are contributing to this normalization. So, please keep reading; this post is for you.

Hearing sayings like “Boys will be boys” to trivialize sexual harassment and assault makes me want to scream. Men should be held accountable for their actions and not be excused by what’s between their legs. Gender stereotypes such as men being dominant and sexually aggressive should not sway men to conform to those stereotypes. Be better and fight for women instead .

This post is a call to action. Combat rape culture. Respect women. Avoid language that objectifies women. Speak out when someone makes an offensive joke or trivializes rape. Define your own manhood or womanhood. Communicate with your sexual partners. DO NOT ASSUME CONSENT. Challenge your beliefs. Be supportive. Believe survivors.

They are using microphones and posters, protesting and screaming to be heard.

They are speaking with administrators and officials to make the campus community safe.

They are talking to the media to educate others.

They are changing the normalization of sexual violence against women.

They are fighting for minorities and LGBTQ+ individuals that are pushed aside.

They are fighting for survivors and helping give them a voice.

The are fighting for that girl who still has to see her rapist every day in class.

They are fighting so your daughter will be safe getting her education.

We fight for you and believe you.

Thank you for taking the time to read my post.

Students United for Planned Parenthood and #ChangeRapeCulture are hosting “Crucial Conversations About Sexaul Assault and Trauma Conference” on April 20 from 11- 2 at the UTSA Downtown Campus. Special guests include a Q&A panel of survivors from Lifetime’s “Surviving R-Kelly” documentary. Students can RSVP on Rowdylink.