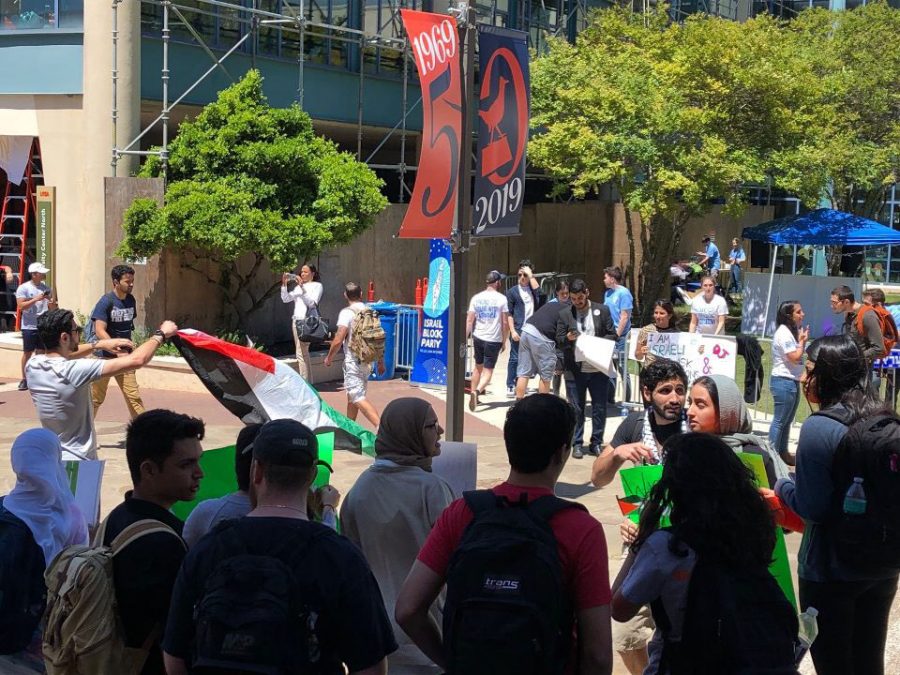 Students for Justice in Palestine (SJP) protested the Israel Block Party, an event that the UTSA chapter of a pro-Israel student organization, the San Antonio Hillel, hosted on April 15. The protest was held in front of the Student Union where the Israel Block Party took place. The Israel Block Party featured several booths promoting Jewish culture, highlighting the diversity within Israel and breaking down the structure of the Israeli government. Protestors carried a large banner with ‘Free Palestine’ written on it. Other members carried signs that read ‘We Stand with Palestine,’ ‘Boycott Israel’ and ‘We Want Peace Not Apartheid.’