Are you even listening? 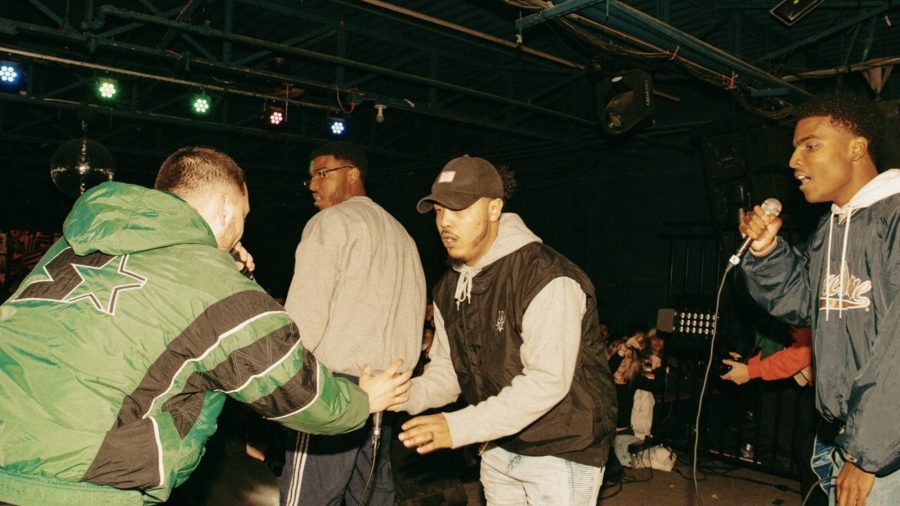 In preparation for their upcoming project “Garage Sale,” hip-hop collective FRITOGANG took the stage at the Rock Box in San Antonio, Texas. Over the past couple of years, the group has accumulated a strong following in the Alamo city, and has been making a strong push outside of the city limits. With roughly 30,000 monthly listeners across Apple Music and Spotify, their song “Best Friend” from their 2018 debut album “Are You Even Listening?” grew their name immensely with well over 200,000 streams.

“Garage Sale” is a project curated by a roster of solid producers including dubbisdope, primo, bananapillbill and spec kay. The project parallels 90s r&b and soul, while still incorporating modern day lyricism and rap styles. The upcoming album is 40 minutes long and is solid from start to finish. Typically, albums have one or two throwaway songs, but FRITOGANG manages to invoke a spiritual journey with all 11 tracks. The replay value of the overall project is second to none. Each individual song is a representation of a specific mood and, collectively, it is a mosaic of modern and classic stylings everyone can enjoy.

When you think about a hip-hop collective, the first names that come to mind are typically A$AP Mob, Odd Future and Brockhampton. What separates FRITOGANG from these and other groups is their ability to establish their individual identities within the group. Each member brings something to the table, and their ability to magnify their talents on stage is incredible. Their music is styled to make every member of the group compliment one another and implement their strengths on each song. Whether it is dubb’s lyricism or tonsoul’s singing, each moving part of the collective adds something new. Each member has a different flow that progresses not only their live performances but also their body of work. In a sense, their two albums are both fluid and sequential to one another.

With rapping being one of the most oversaturated professions, FRITOGANG stands out with their experimental tracks, stage presence and unique aesthetic. Two songs, “Right Now” and “WusGood,” embody the multitudes of talents these guys have to offer.

FRITOGANG is a testament of hope to the seemingly divided hip-hop culture in San Antonio. Their versatility and ability to draw inspiration from an array of genres to craft new music is impeccable.

“Garage Sale” is available for streaming on April 21.

Check out FRITOGANG on iTunes, and on Spotify!