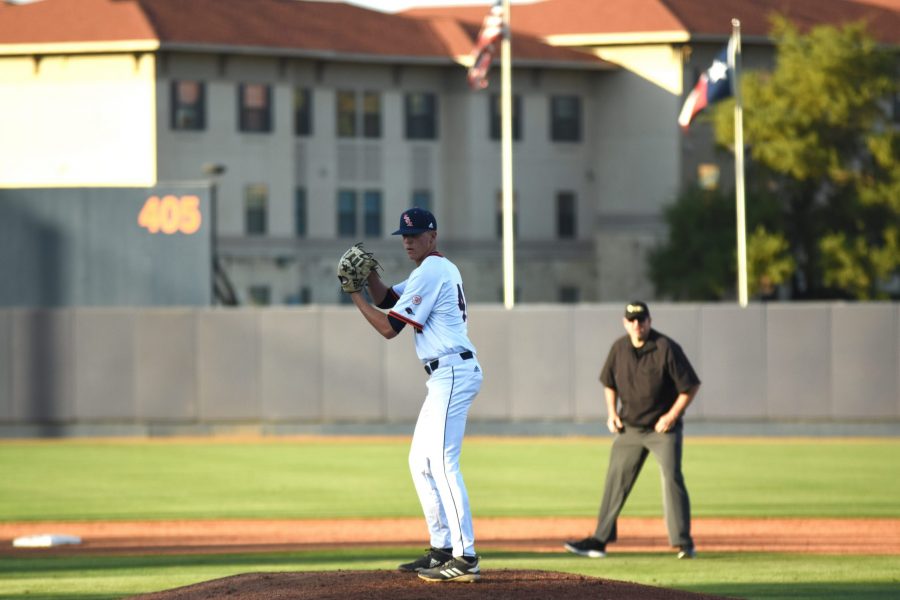 The Roadrunner baseball team (18-22, 8-10) traveled to Birmingham, Alabama, to face the University of Alabama at Birmingham on April 18 and 20.

On Thursday, the ‘Runners kicked off their three-game series with a near shutout at 12-1. In the first inning, a throwing error resulted in Bryan Sturges and Dylan Rock running into home. Four runs were scored in the fourth inning by Rock, Ryan Stacy and Shane Sirdashney. Finishing out the game, the ‘Runners ran in five more runs by Garrett Moon, Sirdashney, Stacy and Sturges. In the end of the seventh inning, the Birmingham Blazers ran in their only run of the game.

On Saturday, the ‘Runners faced the Blazers in a doubleheader at 10 a.m. and again at 1 p.m. In the first game, the ‘Runners fell 7-3. Slater Foust allowed a lead-off home run to Jeff Davis, but was able to retire 13 consecutive batters. All nine starters had at least one hit in the finale.

In game one on Saturday, Bradley Griggs allowed seven runs on six hits and two walks. In the second, third and fourth innings the ‘Runners loaded the bases, but the Blazer pitching staff prevented the ‘Runners from scoring. In the top of the seventh inning, Bryan Arias and Griffin Paxton led with consecutive singles.

In game two on Saturday, the ‘Runners regained their strength against the Blazers, winning 4-1. In the second inning, Paxton scored by a hit to outfield. In the second and sixth inning, the Blazers scored. No one scored in the seventh inning.

The ‘Runners will be back on Tuesday, April 23, against Houston Baptist at 6 p.m.