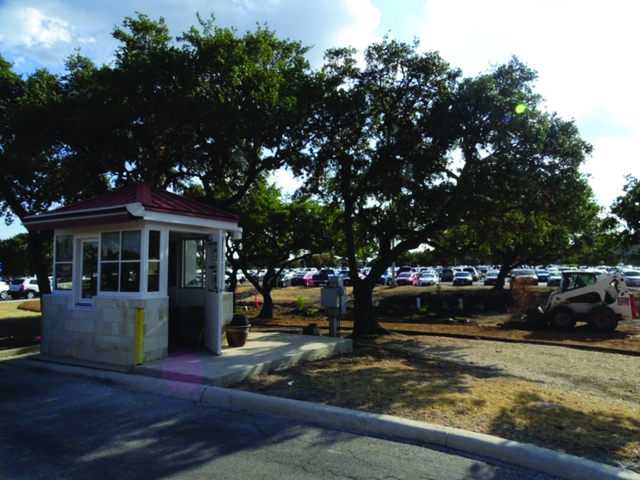 Beginning this fall, students on UTSA’s Main Campus will have access to the Tito Bradshaw Bicycle Repair Shop.

The shop is named after Tito Bradshaw, who was the owner of the Bottom Bracket Social Club, a bike shop and pillar of the San Antonio biking community. Bradshaw, whose shop was meant to be a place for bicycle enthusiasts to gather and form a community, was killed when an intoxicated driver hit him earlier this year.

“Naming the shop after him honors those efforts and, at the same time, speaks to UTSA’s emphasis on community and sustainability,” Lani May, Director of the UTSA Office of Sustainability, said.

In 2017, students recognized a problem when it came to bicycles on campus and attributed it to a lack of bicycle racks.

“Turns out, UTSA did not lack bike racks. Instead, some of the campus bike racks were filled with non-functioning bikes in need of small repairs,” May said. The bicycle repair shop aims to keep bicycles in good working condition.

Throughout the year, the Office of Sustainability will be working with the Recreation Wellness Center and Outdoor Pursuits to hold events such as skill and repair workshops and safety classes.

The shop will be open weekdays from 3 p.m. to 6 or 7 p.m. “The UTSA Office of Sustainability will hold a grand opening on Tuesday, Sept. 24. The all-day event to celebrate the student space will include bike repair and skills workshops, yoga, slacklining and tours of the Leon Greenway trail,” May said. “UTSA President Taylor Eighmy, Mayor Ron Nirenberg, District 8 Councilman Manny Pelaez, who represents the Main Campus area, and District 5 Councilwoman Shirley Gonzales, who represents the Downtown Campus area, will officially honor Tito Bradshaw with a ribbon cutting for the bike shop at 6 p.m.”

The repair shop is one part of the Office of Sustainability’s larger initiatives to improve UTSA’s walkability, which refers to how suitable an area is for pedestrians, cyclists and other non-car users. Factors that affect walkability include: development density, urban sprawl, low connectivity and infrastructure measures that include bike lanes and sidewalks.

“As part of those efforts, earlier this summer, the Office of Sustainability held a trail build to construct a 300-foot gravel trail for students at the bike shop,” May said.

The Office of Sustainability sent a submittal to the Congestion Mitigation and Air Quality grant (TXDOT) to fund the initiative. “The grant will fund a larger initiative that includes efforts to expand the bike shop to the Downtown Campus,” May said. “It also would fund a UTSA transportation planner for three years to create policy, hold events, promote bicycling, pedestrian connectivity and advance other efforts to increase awareness of the benefits of alternative transportation.”