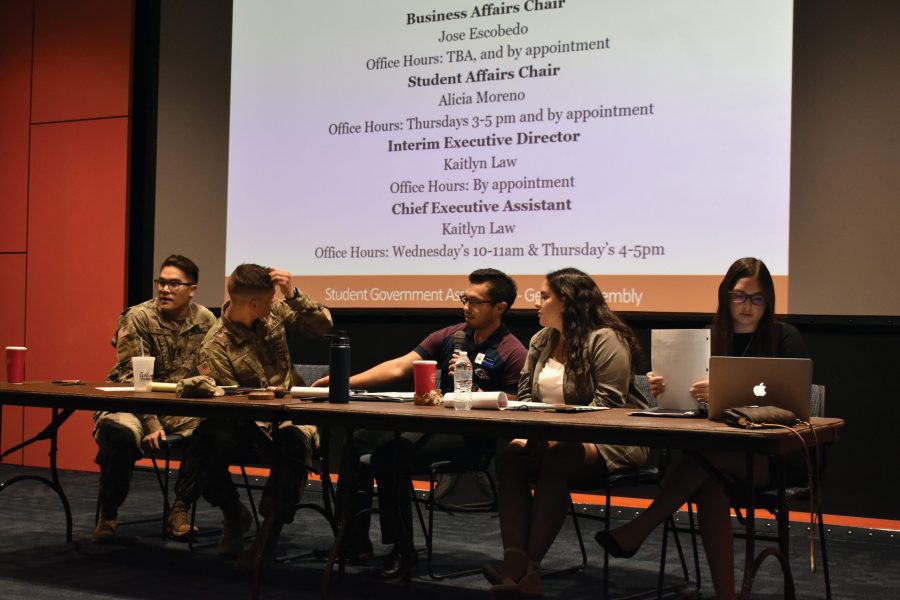 For the first time, universities in the UT System are being compared to one another for cohesive planning at the System Administration level. Prior to the 2019 Fall semester, each school operated independently within their own parameters. This leaves UTSA with roughly one month to develop any proposals they might have, including tuition and fees.

“We have to have our proposals for tuition and fee changes, which typically are increased, to the system by Nov. 1,” Dr. Kimberly Espy, provost and vice president for Academic Affairs, said during the Student Government Association’s (SGA) first meeting of the fall semester.

The accelerated timeline for setting tuition and fees was passed down to UTSA in a memo from the UT System by Chancellor James Milliken.

“This is going to roll really quickly. It has to be vetted through our university leadership process. We’re really looking at about a month to develop whatever proposals we have,” Espy said.

The university is required to establish a student referendum in order to increase fees, which leaves little time for consideration. UTSA is looking to the colleges to develop proposals with input and assistance from SGA.

“Any tuition and fee increase affects you directly. We want to make sure that if we do that option that it actually makes a big difference and you are getting value for that,” Espy said.

Espy also discussed the university’s master plan. The UT System requires that a new plan is developed every 10 years. UTSA has spent the past 12 months developing their master plan through a consultative committee.

“A master plan is a framework; it’s kind of like a guide book. It doesn’t tell you exactly what kind of building you’re going to build, but it gives you a sense of what a campus could look like,” Espy said. “The whole purpose is to advance academic excellence, amplify economic development for the city of San Antonio and promote socioeconomic vitality in our communities because our campuses are all over town.”

The university currently offers 180 degree programs and has approximately 32,000 students enrolled for the 2019-2020 school year. The 10-year plan includes increasing student enrollment up to 45,000 which will require an expansion of buildings and faculty at all four UTSA campuses.

SGA continued their meeting with Director Reports. Each current director introduced themselves, presented a brief summary of what their goals are for the 2019-2020 school year and provided contact information with office hours and locations.

The Treasurer’s Budget Report was then reviewed by Joshua Rebel, SGA treasurer. The budget is still being modified and will go to a vote with SGA members during their next general meeting. SGA is holding their next meeting in the Denman Ballroom, located in the Student Union, on Sept. 12. Meetings are open to the public for students to attend.