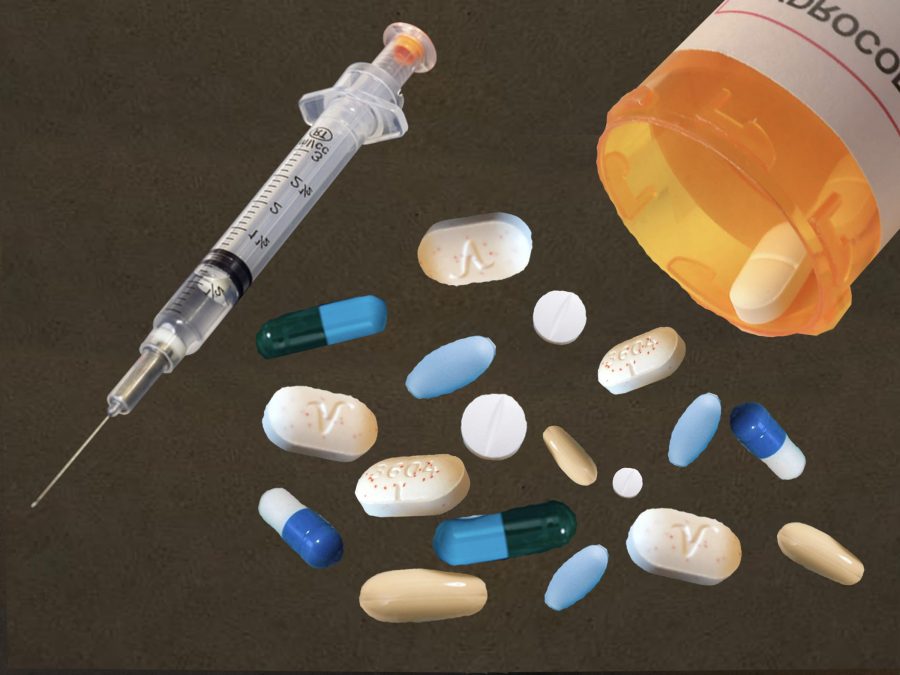 Opioids and other prescription drugs.

Crush the Crisis – Opioid Take Back Day was hosted by volunteers with the Methodist Healthcare hospitals on Saturday, Sept. 7. There were about 80 Methodist hospitals nationwide that participated, and three of San Antonio’s hospitals were part of the movement. There were three drive-by locations where visitors could drop off any prescription tablets, capsules or pills. The San Antonio Police Department was also working with the cause and would destroy the medications after the event was over to keep them out of the wrong hands.

The opioid crisis is not a new issue to America, but it is still a very prevalent one. Thousands of families are affected every year by opioid addiction, and Texas is in the top 5 states

for opioid-related deaths according to Colleen Bridger’s presentation, “A Brief View of the Opioid Epidemic.”

Addiction is a disease and a hard one to cure. One of the most vital aspects of helping with the detoxing process is getting the drugs out of the possession of the people who are prone to abuse them. The Crush the Crisis movement is doing just that in our community.

Lacy Crawford, Director of Pharmacy at Metropolitan Methodist Hospital, spoke about her experiences with the opioid crisis in San Antonio.

“It’s really tough to see as a healthcare professional,” Crawford said. “It affects many lives. We see it from birth all the way through death.”

Some of the most overlooked aspects of the opioid crisis are the family and friends of those who are dependent. It is a certain kind of pain to see someone you love struggle with things like addiction and not knowing exactly how to help. That’s why events like the Opioid Take Back Day are special because it is one small way to make a big impact on the lives of those who are dependent on opioids.

According to Suzanne C. Brundage, author of “The Ripple Effect: The Impact of the Opioid Epidemic on Children and Families,” while men are more likely to overdose on opioids, women’s statistics for opioid abuse and overdose are increasing more rapidly than men due to the fact that they are more likely to suffer from the acute pain that is treated with prescriptions for opioids. When women, especially women of child bearing ages, become dependent on opioids, it creates a ripple effect causing the child to be born with health conditions like Neonatal Abstinence Syndrome (NAS), which can lead to a lifetime of struggles and dependency issues.

The opioid crisis is a cultural issue, and while there are many laws and regulations set in place to try to prevent the flow of opioids into the wrong hands, the most effective way to help someone who is dependent is by showing them that there is more to life than their addiction. Things like rehabilitation centers, support groups and a constant flow of information that can lead to a healing dialogue are imperative to those who want to recover from their dependency.

Crush the Crisis – Opioid Take Back Day is a great way that the local community can be involved in making the public more aware of the opioid crisis as well as help obstruct the flow of drugs. For more information about Crush the Crisis call 833-582-1970.