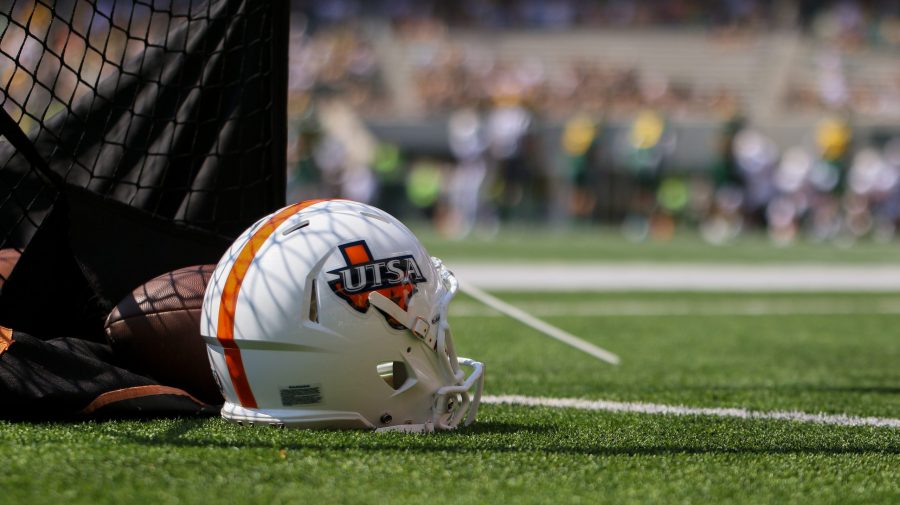 Nine years into UTSA football’s (1-1) history, it’s time to take stock of where they are.

Through two games this year, most UTSA fans would say the Roadrunners have won the games that they are supposed to win. UTSA will never be able to compete with Big 12 schools every year. Beating Baylor in Waco two years ago was a fluke and may never happen again. Trickle down recruiting will never allow us to compete at a high-level, year in and year out.

Head coach Frank Wilson has had his bright moments in the program. He led UTSA to their first (and only) bowl appearance, upsetting Baylor.

All that being said, UTSA has the best record of all of the programs that began in 2012. That includes, Texas State and South Alabama, teams that UTSA should never, ever compare themselves too. Only one program that was established in the 2000s has had tangible success and that is fellow C-USA partner Florida Atlantic. Their success began because they hired a seemingly radical choice for their head coach, Lane Kiffin.

Is Frank Wilson that coach? Probably not. A record of 16-22 through three years and the beginning of his fourth season leaves much to be desired. The whispers of Coach Wilson’s job being in jeopardy have already begun and odds are, this will be the last season we see Wilson on the UTSA sidelines.

Las Vegas set UTSA’s win total at 3.5. If UTSA wins less than four games, then my guess would be that Athletic Director Lisa Campos relieves Coach Wilson of his duties to hire the coach that she wants instead of inheriting someone else’s choice.

Well that means that UTSA has to win four games, right?

UTSA looked like they did not belong on the field against Baylor and it was downright embarrassing. UTSA gets placed on the national stage once, maybe twice a year if they are lucky and to come out and give up 63 points is almost unforgivable.

Shockingly enough, this isn’t the first time someone has hung 60 points on UTSA. Oklahoma State scored 69 points against UTSA in 2015, the final year of Larry Coker’s coaching tenure at UTSA, and Louisiana Tech scored 63 in 2016, the first year of Frank Wilson’s time at UTSA.

The offense could not muster one point during the first half of the Baylor game. The defense gave up 35 points and Baylor took a 35-0 lead into the half. I have never seen more missed tackles in one half by UTSA, it was pathetic. On the heels of that embarrassing loss, another one may be in the works as Army travels to the Alamo Dome for a week three matchup against the Roadrunners.

If UTSA’s defense refuses to show up again then you might as well put the mortgage on Army covering the -16 spread. UTSA has to show some kind of resiliency this week because if another 30 plus point defeat happens at home, Coach Wilson’s seat will only continue to grow more and more warm, fan turnout will decrease and students will be forced to endure another disappointing season from a disappointing program.