Soccer ties for second in tournament 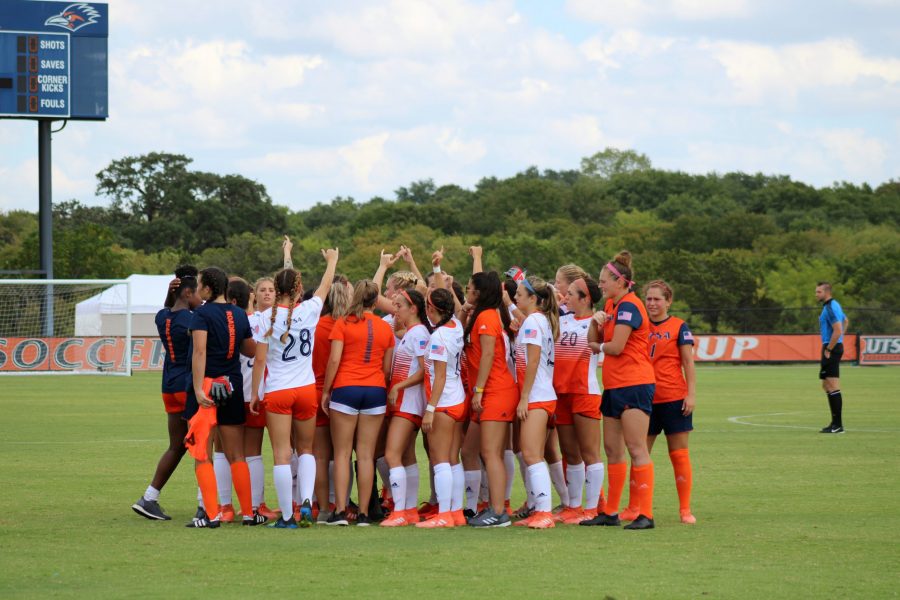 Under the scorching Texas sun, UTSA hosted their first soccer tournament since 2013, and it came with its highs and lows.

The Roadrunners came out to play during their first game of the tournament against the Cleveland State Vikings (2-3) Friday night. Scoring opened early for the ‘Runners as forward Ellis Patterson guided home a redirected ball from Isa Hernandez in the 15th minute and gave UTSA a 1-0 lead. The Vikings could not contain the ‘Runners’ offensive pressure as it continued to build. Midway through the first half, Hernandez scored her first career goal as a ‘Runner to double their lead.

UTSA put the exclamation point on the night with a third goal from Lexi Bolton who created the opportunity by claiming a loose ball and slotting it home in the lower right corner for the ‘Runners’ third and final goal of the night. The ‘Runners’ defense, led by goalkeeper Sophie Millich, forced a shutout of Cleveland State and took home a 3-0 opening game victory. Millich improved her record to 2-0 on the season and put the ‘Runners at two games over .500.

Momentum quickly turned against the ‘Runners during their second game on Sunday against the University of South Florida Bulls (4-1). The Bulls controlled the majority of the possession and pressured UTSA’s defense until they reached their breaking point.

The first USF goal came in the 11th minute, and it only snowballed from there. USF midfielder, Syndy Nasello, took advantage of the ‘Runners’ defense. USF’s next goal came only 12 minutes later and ended the scoring for the half with UTSA down 0-2.

In the second half, USF’s high intensity limited the ‘Runners’ scoring chances and created several easy opportunities for the Bulls. Three goals in the second half ultimately ended any chance of a comeback for the ‘Runners and gave USF the tournament crown.

The 0-5 final score dampens what would have been a successful weekend for the ‘Runners as they split the tournament which leaves them tied for second place with Rice in the tournament standings. The ‘Runners leave the weekend with a 3-2 record and will be back in action on Friday, Sept. 13 as they host Oral Roberts.