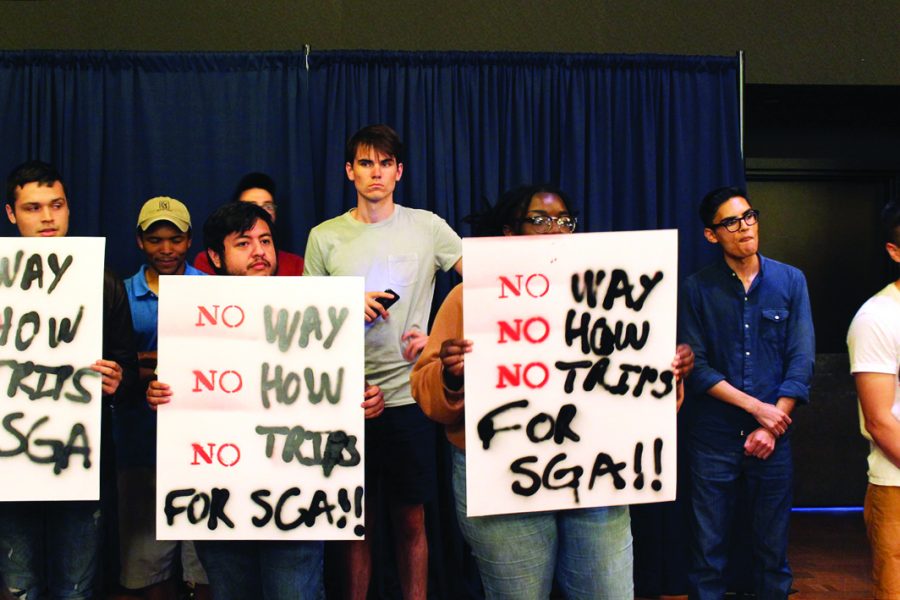 During the open forum segment of the meeting, students have the opportunity to voice their concerns with a two-minute time limit. Multiple speakers participated in this open forum, and SGA members granted time extensions to speakers until they finished speaking.

One of the main concerns students had was a lack of communication between SGA and the student body. Other concerns included services that UTSA students view essential around campus, inefficient notifications about SGA elections, a lack of fresh produce in the Roadrunner Pantry and a request to defund SGA due to their decision to spend $14,000 of the overall SGA budget on a leadership summit.

SGA president, Jack Rust, responded to the students with promises to recognize the flaws in SGA and to make improvements.

“If we’re a student organization whose mission statement says that we’re the sole voice of the student body yet, this many individuals are coming for open forum completely contrasting what we say we’re doing, then we’re obviously not that and that’s a false statement,” Rust said. “We’re an imperfect organization that’s trying to get better and we need you guys here in order to do so.”