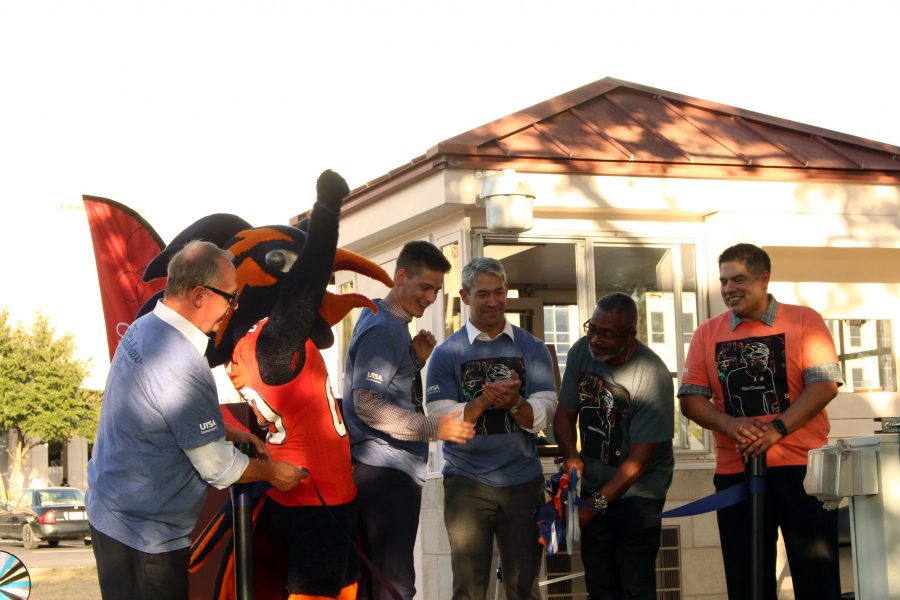 The Tito Bradshaw Bike Repair Shop opened on Ximenes Avenue on Sept. 21. The Bike Repair Shop will be a part of the new Paseo Verde, a pedestrian-only, bike-friendly space on campus that was proposed in President Taylor Eighmy’s Master Plan. The UTSA Office of Sustainability launched the Bike Repair Shop as part of their #MakeUTSAWalkable movement that aims to find alternate, more sustainable transportation around campus.

Director of Sustainability at UTSA, Lani May, spoke about the vision she had for the Repair Shop and how it will impact the UTSA community.

“Students were saying ‘there’s not enough bike racks on campus’ but it turned out the bike racks were filled with broken bikes. You had a flat tire, you had no place to fix it, you don’t know where to get your chain fixed, so the bike shop was part of that,” May said. “This space is all about community and students having a place to come and meet. This place is the footprint of the full Paseo Verde.”

The Repair Shop was named after Tito Bradshaw — a strong figure in the biking community who advocated for connectivity and a more pedestrian-friendly San Antonio — who passed away in April of this year.

Eighmy spoke about how Bradshaw’s role in San Antonio will translate into the Repair Shop and the Paseo Verde.

“What we want to do is try to honor the pillar of the community that Tito was and is,” Eighmy said. “And what we’re going to be doing is not only this but [the Paseo Verde]. It would be this but in a much bigger and profound way and as lovely and elegant as this.”

“We need to do a whole lot better as a community to protect people who are on the road no matter what they are riding or what they are driving,” Nirenberg said. “That’s the legacy of Tito Bradshaw. The Bicycle Repair Shop that UTSA has decided to open in his honor is but one small move in that direction.”

H. Bradshaw closed out the ceremony with a thank you to everyone involved in the making of the Repair Shop and a message to the community about safe, sustainable transportation.

“Thank you for honoring our son by creating this bicycle repair shop,” H. Bradshaw said. “Take this time to be safe, to be careful, to be thoughtful, to be mindful of what you’re doing [when you are riding].”