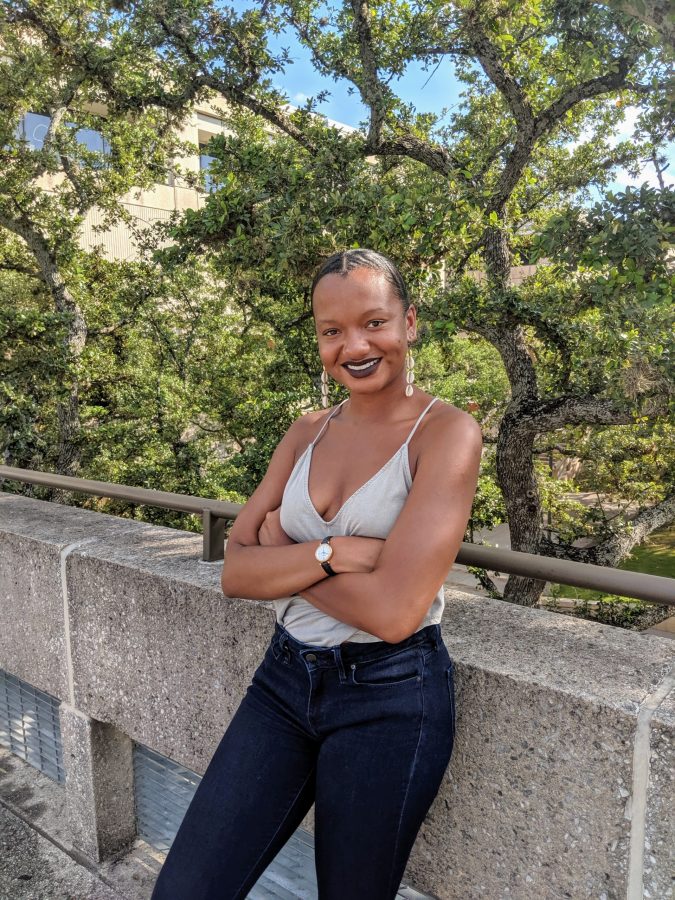 This is Kimiya Factory. She is a senior and a political science major. She is not afraid to fight for what she believes in, and her efforts towards change have helped so many along the way. This is her story.

I was raised by a single mother, and I had one sibling. I’ve been in college since I was 15. I knew from a young age, watching my mom struggle to raise us, that I needed an education. My mom had an education, but you need levels of education to survive in America. As an Afro-Latina, seeing my mom struggle is what made me into everything that I am today. I think about how having a father or any minor change could have deviated my life and put it in another direction.

When I look back at my entire life, I’ve had moments where I have come in contact with rape culture. I didn’t know what it was called until this year. I think back to dress code in high school and how the teachers would point out if my clothes were tighter than other student’s clothes without considering my economic resources, my access to other clothing, or even the curves on my body, as a black woman, compared to other ethnicities. All of those thing tie in together and cultivate rape culture. When I look back, rape culture has been a theme normalized throughout my life. Slap ass Fridays in middle school and being told certain things about my body were certainly examples of rape culture. When I got to college,  I lived in Chap, and I lived around a lot of athletes. I was always lowkey and would just mind my own business but living there opened a door for me to first-hand experiences of rape culture and what happens on campus. It was sad to hear and have conversations with people about the things happening to women and seeing how normalized rape culture is, but this year it happened to a friend of mine, and that was it for me. That’s when I decided that I can’t just sit here and watch this go on. Who else is going to do it? Who else is going to do the work? Who else is going to dive in and not care about what others will think of them? Its all about having blinders on and seeing the end goal. That end goal is to #ChangeRapeCulture. My favorite part of UTSA is the diverse culture of the students here. Obviously not rape culture, but everything else here is amazing. I love the city. I love the art. I love the vibrant colors that you can see in the people. I love the food. This city is great.

I’m actually on the debate team here. We are award-wining and we travel nationally. I’ve had the chance to debate Cornell, Las Vegas, and even California. That’s definitely been a blessing, and I owe my life to debate, or at least a big chunk of it. Debating has supplied me with knowledge that I’ve been able to use everywhere. The platform that I communicate #ChangeRapeCulture on is highly versed in literature and research that I have been able to cultivate over the past years because of debate. Politics and legal studies have definitely helped me on this path to changing rape culture because its really what cultivates the culture that we live in: our society. It’s all interconnected.

It’s surreal because, at the end of the day, I am just Kimiya. I’m still a student, I’m still human, and I still have feelings, emotions, and flaws. Every time I am told that someone looks up to me, it just brings me back and makes me think, “Wow, I’m actually doing something here.” I often forget because, like I said, I see the end goal. When people come up to me and tell me that, it makes me stop and be in the moment because I’m always looking forward and seeing a future where rape culture is changed. When people tell me that, it reminds me what I’m fighting for.