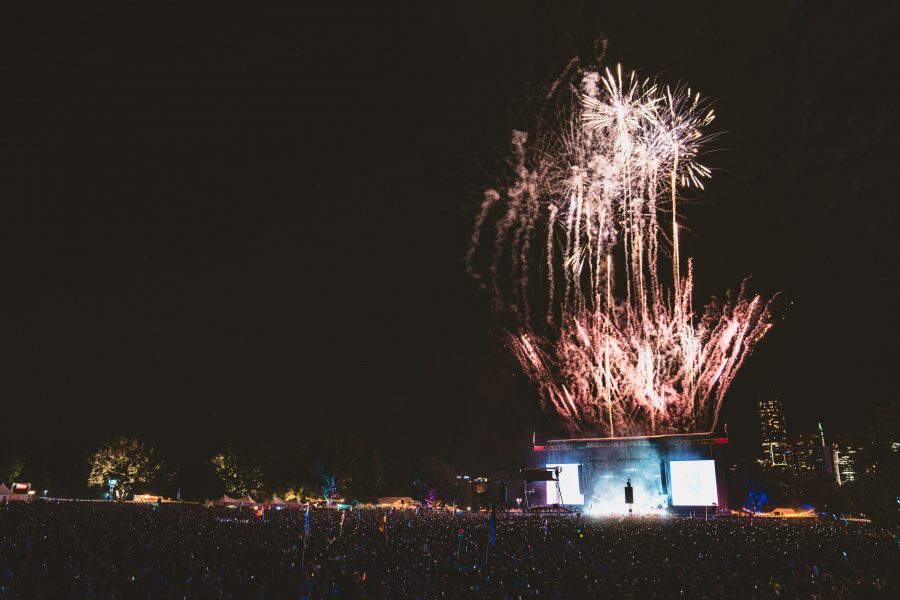 Gambino is a two-time Emmy winner, both as an actor and a director. Photo courtesy of Roger Ho

Childish Gambino closed day two of the Austin City Limits Festival with a lengthy set on Oct. 12, playing what he emphasized was his last concert ever. Despite this being his last concert as Childish Gambino, the creative plans to revamp his career under his legal name Donald Glover. If this is in fact his last concert as Childish Gambino, it is safe to say that Gambino went out with a bang, as he performed over 90 minutes of his discography, ranging from his second studio album, “Because the Internet” (2013), to his most recent project, “Awaken! My Love” (2016). This came as a surprise due to the large contrast of musical stylings Gambino has displayed between these two projects. In “Because the Internet,” Gambino solidified himself as a rapper who occasionally sings. In “Awaken! My Love,” he solidified himself as a singer who occasionally raps. The dynamic between these two identities proves Glover to be a multi-faceted and versatile artist who doesn’t brand himself under one subculture of music.

The show began with Gambino standing on top of a brightly-lit platform as the crowd cheered at the top of their lungs. He told listeners he was going to “take them to church,” and he performed a filled setlist accompanied by a live band and dancers. The show doubled as a cinematic experience filled with lights and pyrotechnics.

Amidst the fireworks, lasers, band and choir, Gambino remained interactive with the crowd, taking pictures with fans in the middle of performing and even wrapping his arms around them for a hug. This bridged the gap between fans and a Grammy-winning artist, allowing listeners to feel a connection to the larger-than-life man performing on stage. The Atlanta native finished off with songs that shot him to fame: “This is America,” “3005” and “Redbone.” If this was the last of Childish Gambino, the singer and rapper closed the doors on his career on a high note.