Indie in a new light 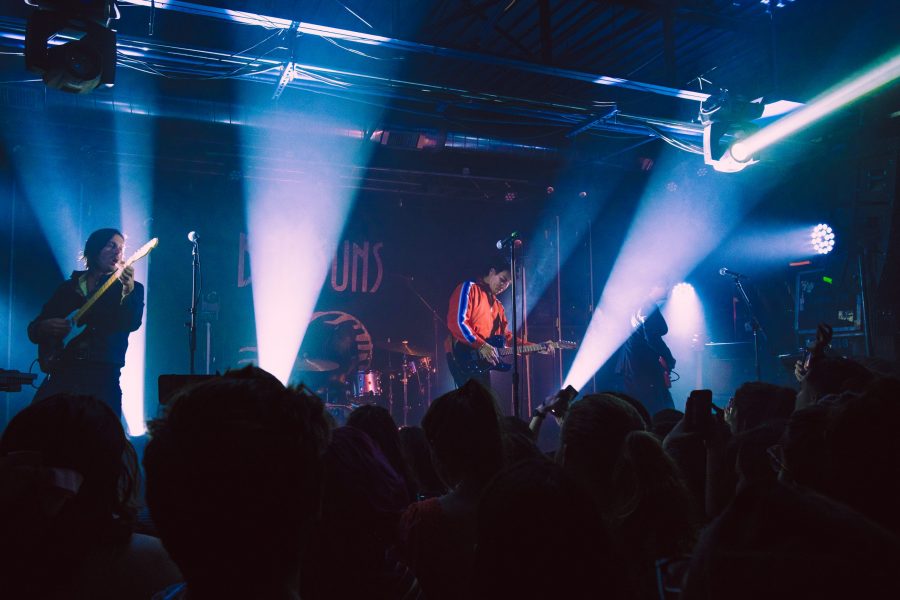 Since their debut album, “Disappear Here,” and their hit single, “Cardiac Arrest,” Bad Suns has transformed their voice into a universal tone from their upbeat and simplistic sound.

On Tuesday, Bad Suns returned to the Paper Tiger with openers Liily and Ultra Q. Bad Suns debuted their newest album, “Mystic Truth,” with songs like “Away We Go” and “One Magic Moment.” They threw back some old songs from their “Disappear Here” album with songs “Daft Pretty Boys” and “Violet.” Before the end of the concert, the band played one of their first-ever songs “Transpose” from their album “Language & Perspective.”

In their third album, “Mystic Truth,” Bad Suns embodied all of life’s goodness and happiness. The band revealed that the album is about learning to make decisions for yourself and how sometimes leaving things up to fate will work out in the end.

The album title came from Bruce Nauman’s 1967 neon-and-glass piece, “The True Artist Helps the World by Revealing Mystic Truths.” Nauman was questioning art’s purpose and its role in society, so Bad Suns decided to incorporate these thoughts into their third album which embodied the band’s upbeat heart. “Mystic Truth” opens with “Away We Go” beginning with a simple piano melody that transitions into an upbeat heart mixed with Bowman’s voice. The album encompasses all the crazy moments in life from “Love by Mistake” to “A Miracle, a Mile Away.”