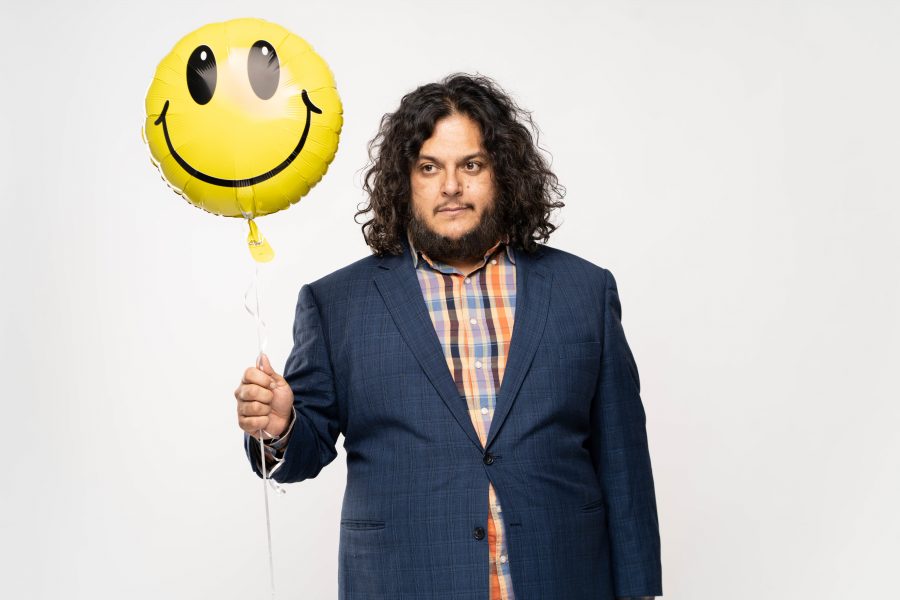 What is the American dream? When asking ourselves this intriguing question, we typically envision an immigrant family at the bottom of the socioeconomic scale, grinding and fighting for a platform in society. They don’t necessarily have to become billionaires, but one thing holds true: They remained persistent in their journey to America. “This is America, baby! I can do anything I want!” comedian Felipe Esparza said when referring to his rise as one of the most prominent Mexican comedians in recent memory.

Esparza’s prominence in standup comedy wasn’t the overnight, wildfire-like rise to stardom many of us envision when we think about what “celebrity” means. It’s not definitive, and Esparza entering the country twice before making it on the third try is a  testament to that in itself. If it wasn’t for his persistence, Esparza would not be headlining back-to-back shows in San Antonio, two of many shows on his nationwide tour, titles The Bad Hambre Tour.

Esparza spent most of his childhood in Boyle Heights. A first-generation American, Esparza wanted to be a comedian from a young age. Although he had been performing standup since the early 1990s, Esparza’s rapid career growth can be accredited to winning NBC’s standup competition “Last Comic Standing” in season seven of the show. Esparza emphasized the value of paving your own path for the life you want. “It’s so important to invest in yourself, even after having an HBO special, I market myself and handle a lot of stuff on that end.” Esparza and his wife actually filmed and produced his entire standup set and sold it to HBO. “I was using my ‘Last Comic Standing’ money to promote my own shows. Even after getting bigger, I still wasn’t taking home much, but learning to invest in yourself is worth it in the long run.”

Esparza stressed how important representation is for the Latinx community, and this is evident in his role as “Crazy Dave,” set to release on Netflix this fall. “Filming ‘Gentified’ in the community I grew up in, with predominantly Hispanic cast and crew was everything,” Esparza said. The show highlights three Mexican-American cousins who are trying to chase the American dream in the Boyle Heights community in Los Angeles; the same community Esparza grew up in.

Although Esparza’s role in “Gentified” revolves around a myriad of social issues that influence the lives of countless Americans—the comedian strays away from political comedy in his standup. “I feel like once you make one political joke, you have to keep making them, and that’s not something I’ve ever really been into. I like to talk about the people I meet, the things I see and experiences I’ve been a part of.” This carries over into his weekly podcast, “What’s Up Fool,” where Esparza interviews individuals from all walks of life, not solely celebrities and public figures.

Felipe Esparza makes his stop in San Antonio this Saturday, Oct. 26, at the Tobin Center. The comedian will play two shows that evening, which are both anticipated to sell out quickly.