Chief Lewis: ‘the message was vague’ 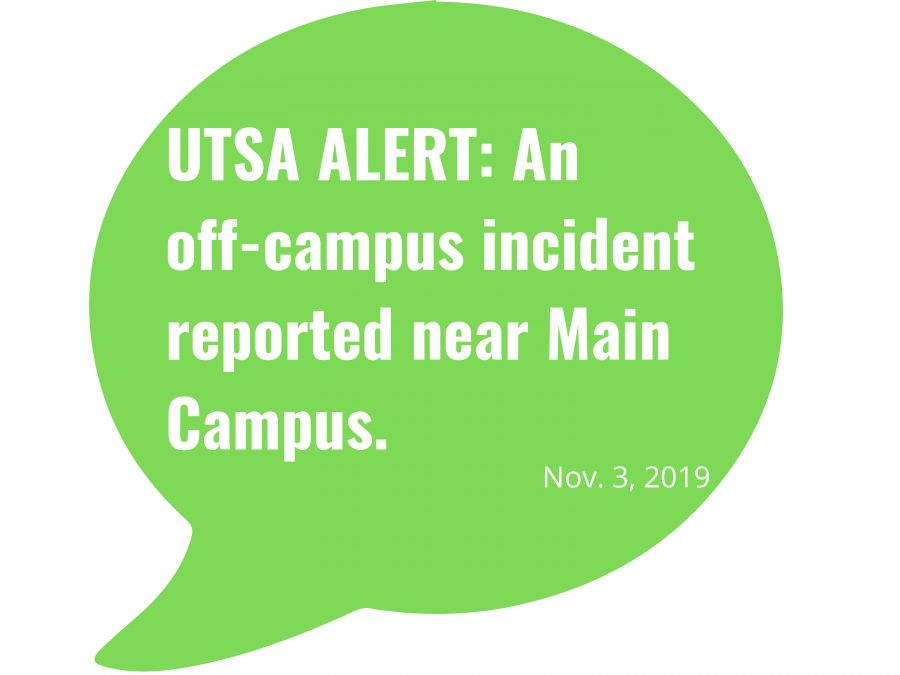 UTSA sent out an alert on Nov. 3 to inform the university community of an off-campus incident near Main Campus. The alert advised recipients to avoid perimeter roads and seek shelter in a safe location.

“On Sunday, Nov. 3, at approximately 2:40 a.m., UTSA police officers on routine campus patrol heard the distinct sound of gunfire. Officers reported hearing approximately 10 shots, which sounded as though they were coming from a location on campus,” Chief Gerald Lewis Jr., UTSA associate vice president of public safety and chief of police, said. “The decision was made to send an alert to the university community while officers attempted to locate the source of the gunfire.”

Both UTSAPD and SAPD responded and did not find anyone injured. Once the area was searched and no shell casings were found, officers determined that there was no threat to campus safety.

“UTSA police officers, in partnership with the San Antonio Police Department, later determined that the shots were not fired on campus and an ‘all clear’ was sent to the campus community at approximately 3:00 a.m.,” Lewis said.

Students expressed concern on social media platforms about the alert’s lack of information.