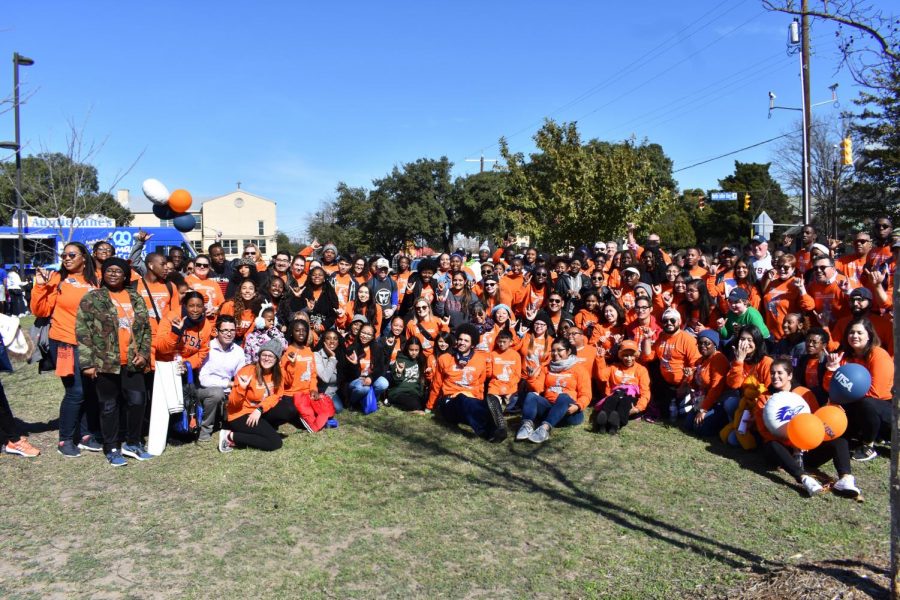 Students take a group picture at the end of the MLK March.

Hundreds of members of the UTSA community attended the largest annual MLK March in the country on Monday, Jan. 20. The march celebrates King’s life and the civil rights movement that he embodied.

The march stretches across the San Antonio East Side and hundreds of thousands of San Antonians attend every year.

Organizers projected that 300,000 people would participate in this year’s march.