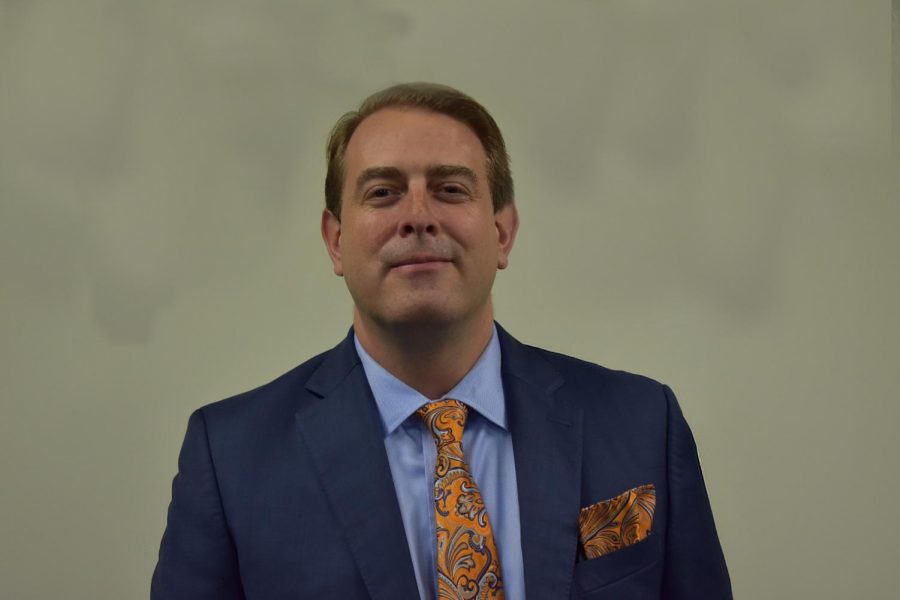 Dr. Anthony Lemieux presented at an open forum. Dr. Lemieux is vying to become the new dean for COLFA.

Open forums, which are opportunities for the UTSA community to ask questions to the candidates for dean of the College of Liberal and Fine Arts (COLFA), began Jan. 22.

Dr. Anthony Lemieux, professor of global studies and communication at Georgia State University, was the first to present what his vision for COLFA would be if he were selected dean.

In the early minutes of the forum, Lemieux referenced his past experiences as an undergraduate student to emphasize his focus on community engagement and the important role it plays in the college learning experience.

“I know from my own undergraduate days — I went to Boston College as an undergraduate — and there was a tremendous amount of emphasis on service and engagement,” Lemieux said. “It’s so much of what I learned, so much of the things that stick with me to this day. It happened outside the classroom just as much as inside — probably, if we’re being honest, more so, right, because that’s where you’re out engaging with the world.”

Lemieux also stressed the importance of increasing research activity within COLFA in order to help UTSA move from R2 to R1 classification.

R1 and R2 classifications, according to the Carnegie Classifications of Institutions in Higher Education, distinguish universities as having very high or high research activity, respectively. To be classified as either R1 or R2, an institution must have awarded at least 20 research doctoral degrees and at least $5 million in total research expenditures.

“A number of ways to get [to R1 status], number one, is to increase the amount of funded research,” Lemieux said. “The other is honing the composition of our graduate programs, also in the humanities — that’s a really important metric.”

In relation to UTSA’s potential to become a distinguished R1 university, Lemieux expresses the value he sees in UTSA compared to other universities he has visited.

“I recognize at a fundamental level, especially last year to visit over 30 univerhaving the opportunity over the sities, the trajectory of potential here … this is a gem. I wouldn’t be here if I didn’t firmly believe that,” Lemieux said. “The student success side is over here and the research is over here, and when we do it well, those lines get blurry … I enjoy the blurriness between these lines. That’s sort of the area where exciting things happen.”

Lemieux also detailed what he wants UTSA students to know about how he would address them in particular; Lemieux stated that he recognizes the value of student voices and their contribution to the success of the university.

“Without the students, [UTSA is] a shell of a bunch of buildings and not so much else,” Lemieux said. “So if the students are really at the center of what we do, then let’s have those conversations.”

The schedule for the COLFA dean candidate open forums can be found at https://www.utsa. edu/today/2020/01/story/colfa-forums.html.