The enduring cost of Frank Wilson 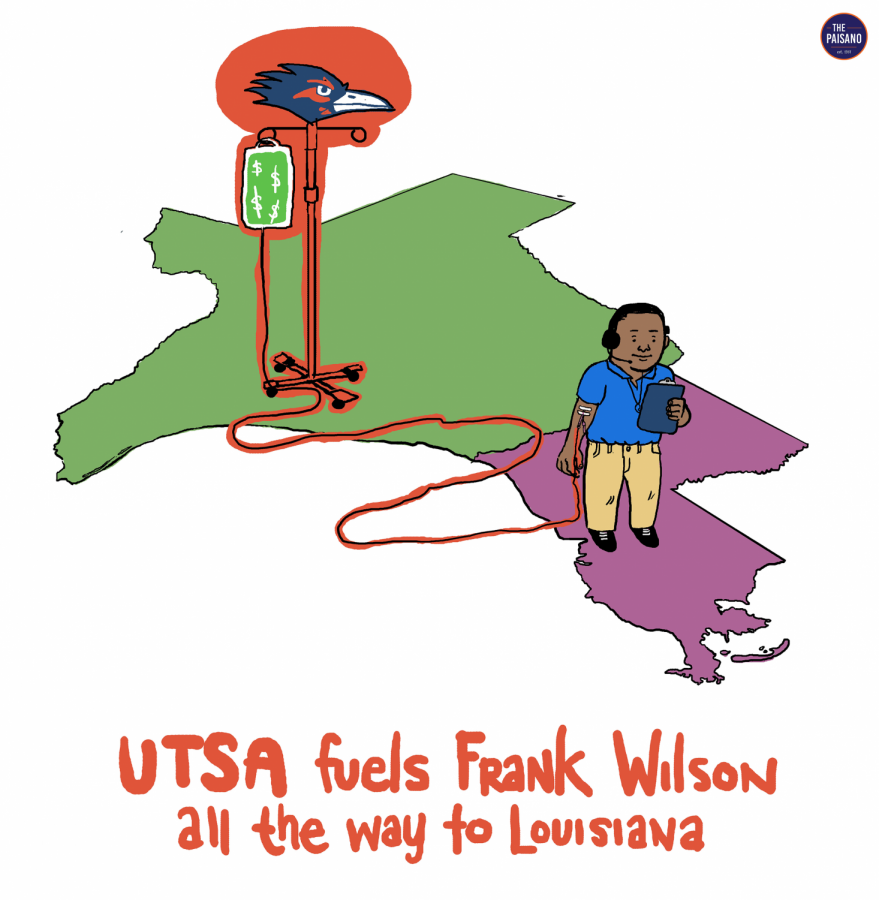 It is particularly concerning to know that Frank Wilson is still on UTSA’s payroll despite accepting a $180,000 contract from McNeese State, a university in Louisiana. Per Wilson’s contract, UTSA will continue to pay Willson’s $900,000 base salary, minus his new salary of $180,000 per year from McNeese, for the next two years, coming to over $1.4 million. UTSA is paying Wilson more to not coach at UTSA than McNeese is paying Wilson to coach for them.

Given UTSA’s nine-year 45-61 record, Wilson was not worth the salary the students were paying him. With his new market price at $180,000, UTSA is paying him four times what he is now worth so he can coach somewhere else.

Former Arkansas Associate head coach Jeff Traylor recently became the third head coach for the Roadrunners in a decade, with a five-year contract including an $800,000 base salary per year.

The next time UTSA presents students with a vote to increase UTSA athletic fees, students should remember when the athletic department was paying the salary of two head coaches, while one didn’t work here.