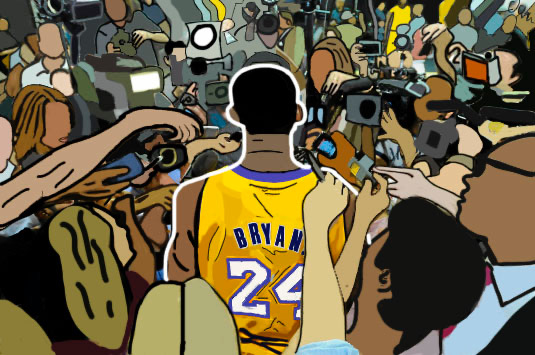 Somber does not come close to describing the overpowering emotion felt when the world stopped on Jan. 26, 2020. Kobe Bryant was pronounced dead, and a wave of devastation spread throughout the world — how could such a prolific icon from our generation be gone? This type of loss brings an overwhelming sense of frustration, from basketball fans to those who were not all too familiar with the Lakers legend. The world is grieving.

Writing about a public figure who has died is a difficult task, but writing about Kobe Bryant’s death is surreal because, in a sense, it still feels like he is alive. Regardless of whether you were a fan, Kobe’s hustle, dedication and character in the face of adversity could inspire anyone to live their lives with a bit of “mamba” in it.

In rare circumstances, the public eye will witness remarkable individuals who redefine their craft for future generations. In the case of Kobe Bryant, his craft was redefined through his unmatched intensity and hustle. Whether the Lakers were down by 30 or on the brink of clinching an NBA Finals championship, Kobe took the floor with such grace and resilience, while young boys and girls across the world watched in awe.

Growing up in the 2000s was a special time for basketball fans because we saw Kobe grow, on and off the court. Throughout his career, he proved himself to be a man of character who craved versatility. We got to see the man he was growing into every time he took the court. We grew up with Kobe Bryant.

This article would be so much easier if stat lines, MVPs and other awards could be listed and commentated on, but Kobe Bryant was so much more than that. Kobe lived to inspire and instill values into the next generation of aspiring athletes. At the time of his passing, Kobe was heading to basketball practice with his daughter and friends when their lives were cut short.

During this time of great heartache, the UTSA community can use the amba’s legacy as a testament to the types of individuals we aspire to be. Mamba mentality was never about the stat lines or the MVPs — it is about waking up with a purpose, serving others and promoting what is best for you and the people you love most. As college students, instead of striving to accomplish our goals, we tend to get caught up in the challenges of earning that college degree and maintaining the relationships we gain along the way. We worry about going to class and simply surviving each day. After I reflected on his legacy, I started to realize how minuscule these struggles are. We are all capable of overcoming adversity. We are all worthy of living the life we envision.

What we all admired about Kobe Bryant was his authenticity. He never tried to hide the grit and hardship behind achieving his accolades. Winning five NBA championships was never supposed to look easy, but the manner in which he perfected his skills on the court made an entire generation of young hoopers want to model their game after his. We grew up with him, but his life was just getting started.

As days go on, it starts to feel more real. We begin to realize that we will never see Kobe and Gianna laughing courtside at the Staples Center. We realize we won’t get to watch his daughter grow up to pave her own legacy.

Whether you were a fan or not, this tragic event should remind us all to be conscious of our service to others. Cherish every moment you create with your loved ones.

Amidst the sorrow, we get to watch the next generation of NBA players grow up the same way we watched Kobe grow up. We will get to see players like Trae Young and Kyrie Irving solidify their own legacy, but there will never be another Kobe Bryant.