A starry night on campus 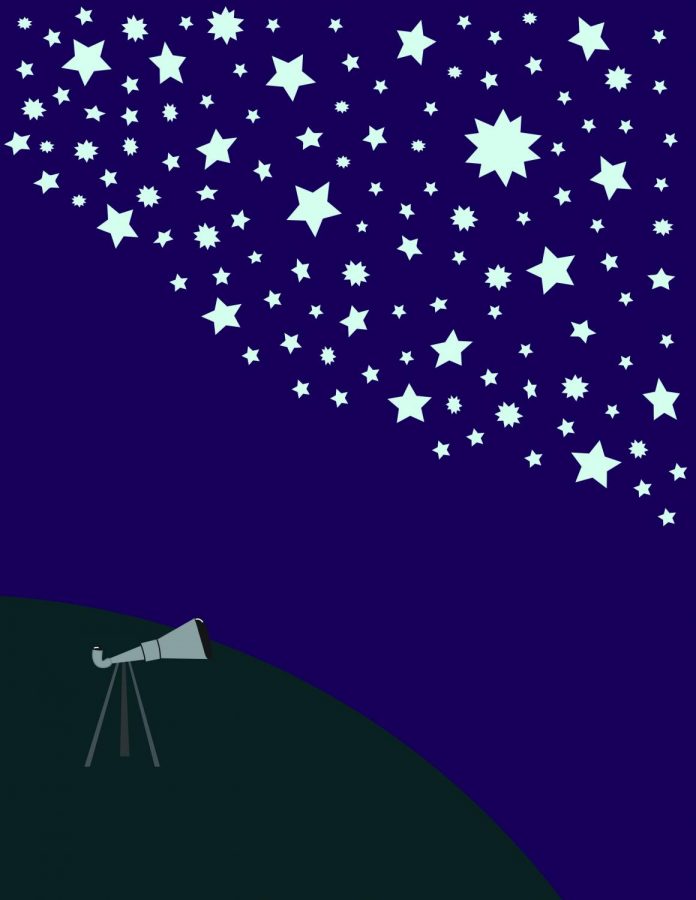 Have you ever looked up at the night sky and admired the bright stars? Well, you’re looking at the same stars that existed long ago. Those same stars are presumably dead, according to the different time scales we have here on Earth. The galaxy is filled with globular clusters or old stars. Call yourself a time traveler because you’re looking at the past, and just like humans, they too have a life cycle.

The universe is big, and it’s only getting bigger every second. It’s so massive that professional cosmologists don’t understand 95% of the energy budget since we’re looking at everything from the inside. Luckily, the solar system has been around way longer than we have and as long as humanity sticks around, we will be able to discover more factual evidence of this vast universe we live in.

The Department of Physics and Astronomy at UTSA is offering public access to a 45-minute lecture series of astronomical research and discoveries. The lectures are presented by the department’s own staff, and occasionally, special guests with their own astronomical background. The first lecture of the semester series was led by lecturer Dr. Bharat Ratra from Kansas State University. With his cosmological background, his presentation on dark matter, dark energy and Einstein’s Cosmological Constant was factually intriguing. Even if you’re not interested in astronomy, it was easy to follow. Dr. Ratra discussed the comparison between the size of the Earth and the Milky Way. Even traveling at the speed of light would take 160,000 years to cross the galaxy.

Dr. Ratra later gave hands-on demonstrations of topics for his lecture such as: contrasting a frisbee to the Milky Way; a wave propagating in a one-dimensional expanding universe with a rubber band; and a balloon-type air bubble filled with dots to demonstrate the isotropic shape of our solar system. After the presentation, all of the guests were invited to stargaze at the Curtis Vaughan Jr. Observatory. They had a few telescopes lined up for the curious spectators to see the constantly expanding universe.

This event happens every third Friday of the month, so go in with an open mind and educate yourself on something new.