Pelosi rips America a new one 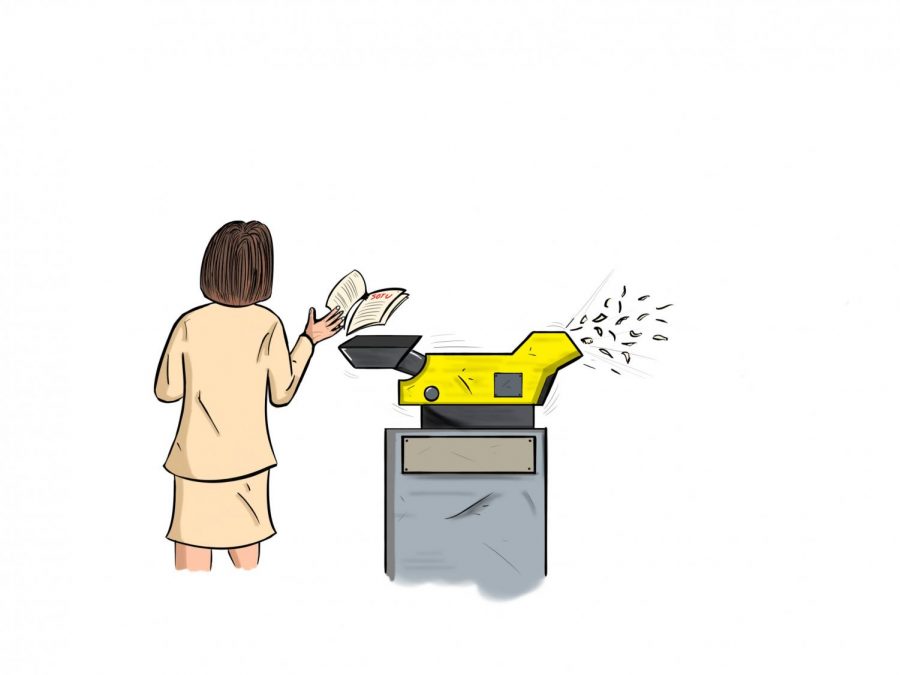 The spectacle surrounding Nancy Pelosi’s “prolific” tearing of Donald Trump’s State of the Union address was nothing short of daunting. The ability media conglomerates have to shift the focus from major global affairs to mere political theater is a sign that the American people base their political stance off of stunts that make politicians seem bold or edgy.

The United States’ political arena is built on the fight for relevance. Politicians would much rather send a retaliatory tweet or do something outrageous on national television than enact comprehensive change for the American people.

President Trump shared his reaction with reporters on the White House Lawn. He stated, “I thought it was a terrible thing when (Nancy Pelosi) ripped up the speech. First of all, it’s an official document. You’re not allowed. It’s illegal, what she did. She broke the law.”

However, this claim couldn’t stray any further from the truth, as Pelosi tore up her personal copy of the speech and not the National Archives copy. What raises red flags as a constituent is the episodic and climatic methodologies U.S. leaders use as a mask to keep valuable information from the American people. Our leaders view ripping speeches and furthering incivility as an accomplishment, while welfare programs continue to get cut and several affordable housing programs may cease to exist within the coming months.

American citizens have to remain civically engaged on deeper policy matters, but gimmicks like the one Pelosi performed are undeniably effective. Just as our communities become invested in the lives of social media influencers, we are driven to the stunts that display the personality of political figures. Nancy Pelosi took such a simple action and used it to rally her entire political base. Her base erupted and a meme was born, but conservative journalists went on the defensive, pointing out the classlessness of such an action. Fox News anchor Sean Hannity regarded it as “one of the most classless things ever done in the history of the State of the Union.”

High class is not what Pelosi was trying to transmit. The malicious and polarizing president just addressed the nation in what seemed like a victory lap, all while the president is facing an obscure and unforeseeable range of career ending accusations. Political theater is annoying — constituents get tired of the childish behavior. But when the country is in dark times, sometimes tearing up a speech can spark civic discourse, which is a virtue to the nation.