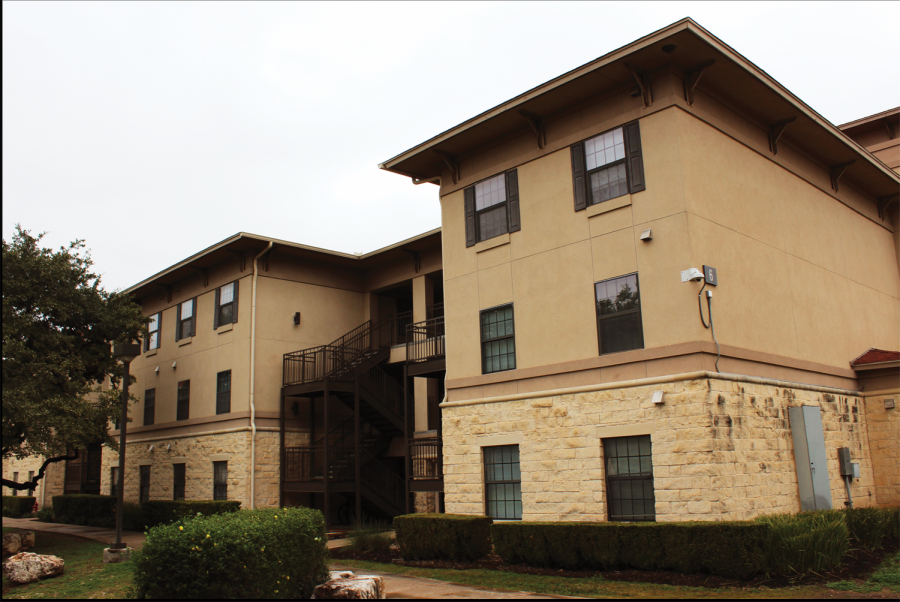 The university designated all non-freshmen to Laurel Village starting Fall 2020. Tammy Wyatt hopes that clustering students in this way will increase student retention.

Starting in Fall 2020, UTSA will change the way it houses its students who live on campus. The university informed students on Jan. 23, via email, that Alvarez Hall and Chaparral Village will become freshman-only dorms, while non-freshmen students will live in Laurel Village or be referred to other housing options. All students still have the option to live in University Oaks and Chisholm Hall as well as off-campus housing options.

According to Tammy Wyatt, vice provost for student success, the reason behind this systematic clustering of students is to implement specific programming that best helps students according to their classification.

“We are working on providing programming that is relevant to incoming students and their needs which is … different than what a second-year student needs,” Wyatt said. “And so, trying to meet the needs of the first-year students, we are building out more programming. We are trying to focus the programming on helping them make that transition from high school to university life.”

Wyatt hopes to increase capacity at Chaparral Village by transforming single-bedroom spaces into shared spaces called double-occupancy rooms. According to Wyatt, freshmen are the students who need roommates the most.

“Research shows that students who have roommates tend to do better and so Chaparral is our best opportunity,” Wyatt said. “The way that our residence halls were constructed is the best opportunity for each of the rooms [in Chaparral Village] to be able to have the capacity to be a double.”

In addition to double-occupancy rooms, Wyatt wants to increase the number of Residence Assistants and the number of living-and-learning spaces, as well as create a new Academic Peer Coaching program in Chaparral Village and Alvarez Hall to help freshmen.

“For this year, we have Academic Peer Coaches in the residence halls who provide Academic Success Coaching to residents through one-on-one coaching sessions and group workshops,” Wyatt said.

The construction of the new Guadalupe Hall is set to finish in Fall 2021. It is undetermined whether it will be used as one of the freshmen halls.

“For 2021, those plans are not fully complete just yet,” Wyatt said. “We do know that the new hall, Guadalupe Hall, was specifically designed for first-year students in mind, and so those additional beds are going to help us and allow us to house more students, which will help our goals with our student success and retention, so it’s likely that we will continue to cluster first-year students in specific halls. Guadalupe Hall may be one of those.”

“Laurel will be filled; however, we know that Laurel may not be able to fill all of the demands,” Wyatt said. “But that is why I mentioned we have additional on-campus housing options.”

According to Wyatt, students who cannot fit in Laurel Village will be referred to University Oaks and Chisholm Hall. Chisholm Hall will become a UTSA-owned residence hall in Spring 2021.

Sadori Brown, freshman mechanical engineering major and Student Government Association senator, has created a petition to speak out against this housing move.

“I was inspired to start this petition when I found out that we had to move to Laurel Village upon renewing our housing lease, basically against our will,” Brown said. “I was mostly upset because I felt that something this serious should have been put to vote by the students because we’re the ones being affected. They should think about the current students before they decide on what to do with the students who aren’t even here yet.”

Brown hopes that with enough signatures, the university will take into mind the students’ concerns.

“The tough thing about petition is it’s not always going to work,” Brown said. “After getting enough signatures that I feel would show that the students here on campus don’t want this change, I plan on taking them to Kevin Price, [senior associate vice president for housing and campus services], and Hillary Klingman, the director of [operations]. Again, the petition isn’t a promised fix, but it at least gives us hope.”