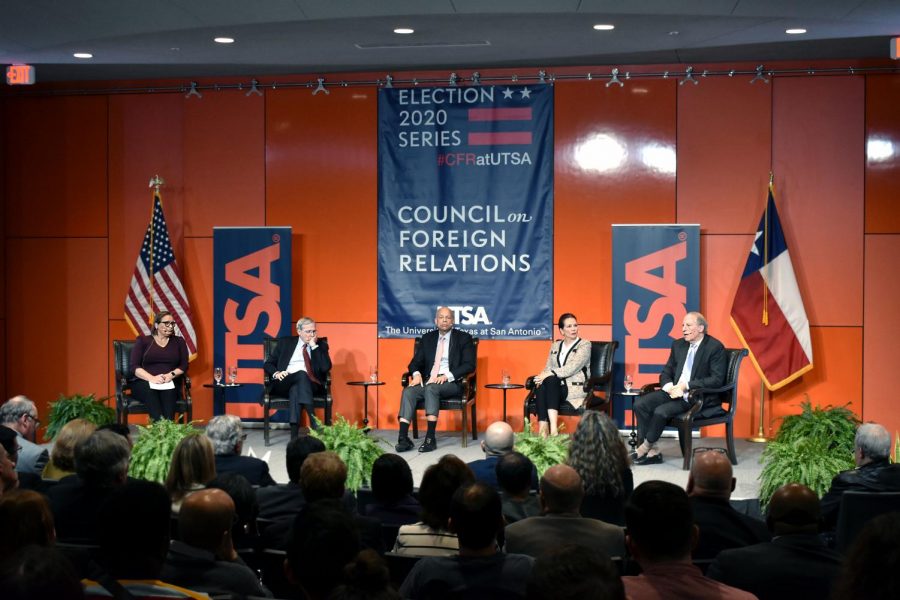 The Council on Foreign Relations hosted one of their four nationwide Election 2020: U.S. Foreign Policy Forums in the Retama at UTSA on Feb. 12. The forum’s four panelists highlighted foreign policy topics to watch out for in today’s world and reasons voters should keep foreign policy in mind when they step up to the ballot box in the upcoming presidential primaries, as well as the general election in November.

The panel launched with a discussion of why foreign policy should matter to Americans.

“We live in a time that what happens out there affects quality of life here,” said Haass. “Nothing stays local for long.”

To make his point clear, Haass referenced terrorism in Afghanistan and the coronavirus outbreak that started in Wuhan, China, as examples of how events and actions that occur abroad can affect Americans.

The panel covered a range of topics, such as the threat China poses to the U.S, the role foreign policy plays in homeland security, the value of intelligence sharing between countries, the challenge the coronavirus outbreak presents to the legitimacy of the Chinese regime and climate change as a national security threat.

Long, who was the first woman confirmed by the U.S. Senate to serve as assistant secretary of defense, described how she viewed the lack of representation of women in U.S. foreign policy institutions.

“I think particularly in intelligence, foreign policy and defense, there is an incredible lack in female voices … in leadership,” Long said. “The problem with that is, number one, you’re missing a perspective that … represents half the world. Women tend to view things from a more empathetic perspective. We tend — I believe, in an international context — to be better listeners, and we are more inclined to compromise.”

“While I was the assistant secretary of defense, I was too tough, on occasion,” Long said, referring to what she would change about her career with fresh eyes. “If I had the opportunity to go back, I would be more empathetic to particularly the bureaucrats who work in those positions for their entire lives.”

Long addressed what led her to center her career on international affairs.

“I was raised to take a bite out of life, and that meant seeing as much of the world as I possibly could and doing as many different things as I possibly could; government service and then the private sector afforded me those opportunities.”