Women’s tennis picks up third win of the season 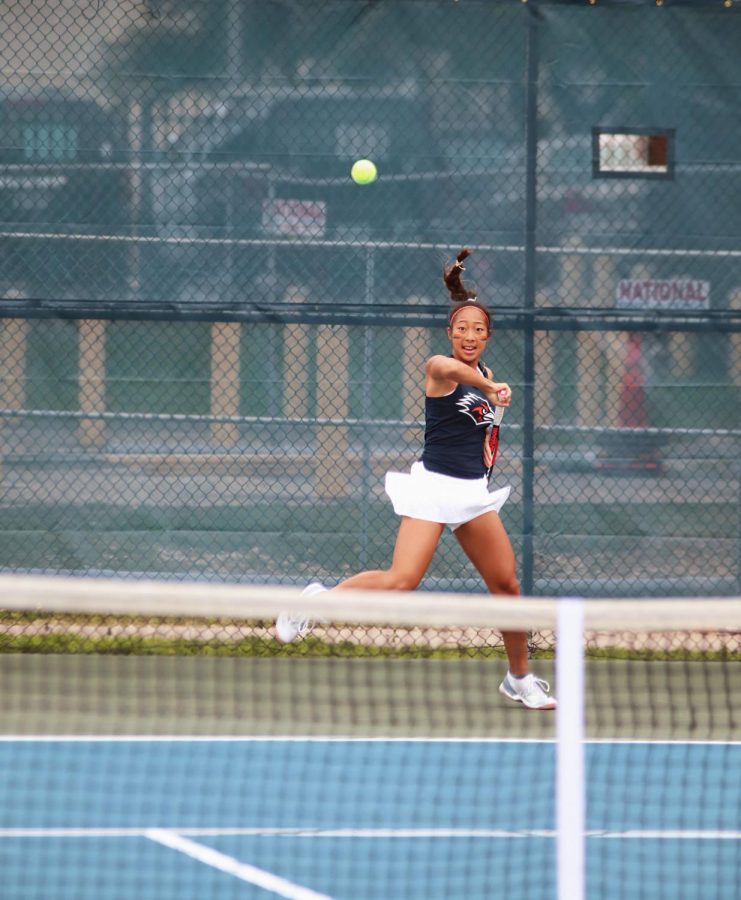 Kylee Kato sends a ball back to her opponent. The ‘Runners were able to pick up their third win of their spring season in a home contest against the Vaqueros.

In the first match of the day, Starr faced opponent Katarina Sasaroga. The match retired after Starr finished the first set, 6-0. One court over, Munoz-Baroja defeated UTRGV’s Ana Platisa with a sweeping 6-2, 6-2 win. Kato earned a victory for UTSA, beating Valeria Montero, 6-1, 6-4. Continuing her teammate’s winning streak, McCain achieved a win with a 6-2, 6-2 outcome. Just as successful, Cabrera secured a 6-2, 6-3 win for the ‘Runners. In the closely contested final singles match of the day, Cabrique fought hard but fell short, in her first set, 5-7. Carbrique bounced back and won the second set against opponent Alicia Thal, 6-3. In the deciding super tiebreaker, Cabrique won, 10-6.

Meanwhile, doubles pair Kato and Cabrique dominated with a 6-1 win over UTRGV’s Thal and Platisa. Similarly, Omoworare and Mennon won in a well-fought match, 6-4. Starr and McCain’s match was retired at 5-4.

Head coach Ki Kroll concluded, “We got off to a good start in doubles and kept things going in singles. We’ll need to build on this win for our next match against a very good Corpus Christi team on Tuesday. I’m very excited about our progress.”