The state of mental health at UTSA 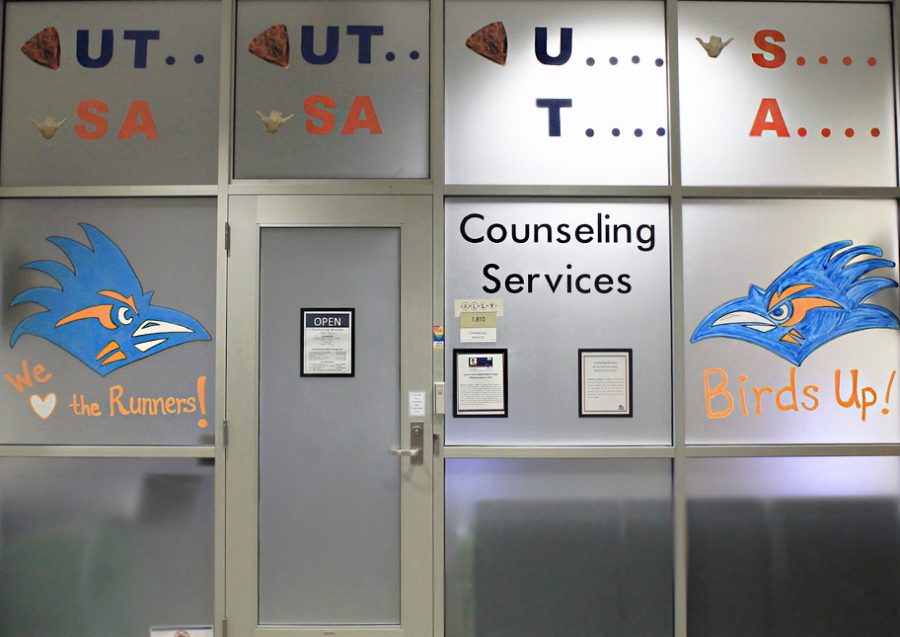 On Feb. 7, President Taylor Eighmy provided The Paisano with his first statement regarding the suicide of Cesar Caballero, sophomore pre-music major and Resident Assistant (RA) at Alvarez Hall. The incident occurred on Dec. 4, 2019, at Alvarez Hall.

“We are all deeply saddened by the death of Cesar and the extremely personal nature of his passing,” Eighmy said. “His struggle reminds us of how important it is to support each other and encourage those who are dealing with emotional crises to seek help and use the counseling services available to them.”

The only official statement from the university administration in response to Caballero’s death came from Dean of Students and Senior Vice Provost for Student Affairs LT Robinson in an email to students on Dec. 12, 2019, eight days after his death.

“We offer our deepest condolences to … Cesar’s family, friends, and loved ones,” Robinson said. “While notifications and intervention efforts for impacted students delayed notification to the entire community, I want you to know that the well-being of every Roadrunner is our first priority.”

Several Alvarez Hall RAs who worked with Caballero thought the university did not adequately respond to the suicide or support the RAs following Caballero’s death.

“From our end, it looked like the university wasn’t ready to handle it from all levels,” Grace Clark, junior biochemistry major and Alvarez Hall RA, said. “There wasn’t any structure in place. It just wasn’t handled correctly. And then UTSA seemed to have no involvement at all. Housing [and Residence Life] had involvement, [UTSAPD] had involvement, Counseling Services was there initially and for a little bit in the aftermath, but UTSA itself was noticeably absent.”

Clark also explained the university did not provide effective training for RAs to respond to an on-campus suicide.

“We trained for it, but … when it actually happened, there was nothing in place,” Clark said.

“Cesar’s residents wanted to do something for him, and so they got permission from Housing [and Residence Life] to do a candle vigil in the courtyard, and then they were going to originally pay for it all themselves, too, but then Student Success and the Student Leadership Center came in and paid for most of it,” Clark said.

Alvarez Hall RAs were also frustrated that it took eight days for an administrator to release an official statement addressing Caballero’s death. They felt the tweet acknowledging the vigil and Robinson’s email were insufficient responses considering the magnitude of the incident.

“Maybe [the response] could have just been worded differently,” Bria Casteel, senior communication major and Alvarez Hall RA, said. “Of course, the timing was bad, but as far as the way they issued a statement, it would have been better to talk more about him as a person — how great he was and the stuff he was involved in. It’s just sad because this is our friend and people don’t even know that he’s gone.”

Although Clark and Casteel made clear they were not speaking on behalf of the other RAs, both explained that most of the other RA’s in Alvarez Hall felt similarly regarding the university’s handling of the aftermath of Caballero’s death.

Counseling and Mental Health Services (CMHS) reached out to Clark in December 2019 to set up a meeting that included Clark, Casteel and Dr. Melissa Hernandez, director of CMHS, to discuss CMHS’ services.

While Clark and Casteel said Hernandez was open to recognizing their concerns, they left with the impression that CMHS was not sufficiently resourced to meet student demands.

“The responses were very positive and open minded to hearing our thoughts, and I appreciated that, but what I got from [the conversation] was that the office was underfunded, and they’re not receiving the amount of support from the university that they should to support other students,” Casteel said.

Clark’s understanding of the conversation was that CMHS “can’t even meet current demands for one-on-one counseling.”

CMHS projected they would experience a 76.4% increase in unique clients from Fall 2012 to Fall 2019. In a Student Government Association (SGA) General Assembly meeting on Oct. 10, 2019, Hernandez acknowledged concerns she and her CMHS team had regarding student demand.

“You can see that the increase in demand for services has outpaced enrollment,” Hernandez said. “With an increase in demand for services, we have a risk of less frequent client contact, which means we might not be seeing students for as long or as frequently. They might be experiencing a delay in treatment. When students have to wait for their appointments, they become increasingly dissatisfied, so we worry about that. But we can only work our staff so hard.”

Hernandez also said CMHS is dealing with a problem of staff attrition because it is unable to offer counselors competitive pay.

In Fall 2019, CMHS attempted to alleviate the issue by implementing a salary equity increase that Hernandez said would bring counselor salaries to “a little bit more competitive level.” However, Hernandez said in January 2020 that she did not think CMHS “would be able to hire [its] way out of mental health concerns.”

Earlier in the Fall 2019 semester, Hernandez proposed an optional $25 student services extension fee that would allow for continued counseling services during school breaks.

“We thought, during summer we’re not as busy as we are during the fall and spring, and students seem to have more time and maybe they might want to focus on their mental health, so we proposed a fee that they could pay to have access to the services during the semester in which they’re not enrolled,” Hernandez said in an interview with The Paisano in January.

Veronica Mendez, senior vice president for business affairs, said the fee would be proposed to the UT Board of Regents early this year. As of her interview with The Paisano on Jan. 31, Hernandez had not heard back about whether the fee increase had been approved.

Hernandez said, in addition to the increasing number of students utilizing CMHS, student symptoms are escalating in severity.

At the SGA meeting on Oct. 10, 2019, Hernandez described the potential negative consequences that could result from increased student demand for services.

“One of the risks of this increased demand for services are also mistakes and things slipping through the cracks,” Hernandez said. “And then the more students that come in and request services, that leaves us that much less time to focus on getting out on campus doing outreach and prevention work.”

Hernandez then described what she and her colleagues considered a major concern.

“And then the ultimate risk that we worry about all the time,” Hernandez said, “is a completed suicide on-campus, but I think it’s only a matter of time, unfortunately.”

In the statement Eighmy provided The Paisano in February addressing Caballero’s death, he encouraged student involvement in the initiative and emphasized the impact the collaboration will have on student success.

“It is my hope that students will honor Cesar’s memory by actively helping us shape the Enriching Campus Wellbeing initiative being led by Vice Provost for Student Success Tammy Wyatt,” Eighmy said. “It is so important that we continue to work together to create inclusive communities that provide support for students and help them be successful.”

Hernandez, who is one of the co-leads on the initiative, explained in late January the reasoning behind its launch.

“Students are starting to use that term — wellbeing — and students have approached different administrators about wanting some more attention on this particular issue, so I think it was good timing,” Hernandez said. “Students were interested and expressed some interest, and we had staff already working on it, so I think it was a good opportunity to pull that energy together.”

In an email to students on Feb. 14, Robinson invited students, faculty and staff to three open forums where they can provide input for and receive information about the President’s Initiative on Enriching Campus Wellbeing.