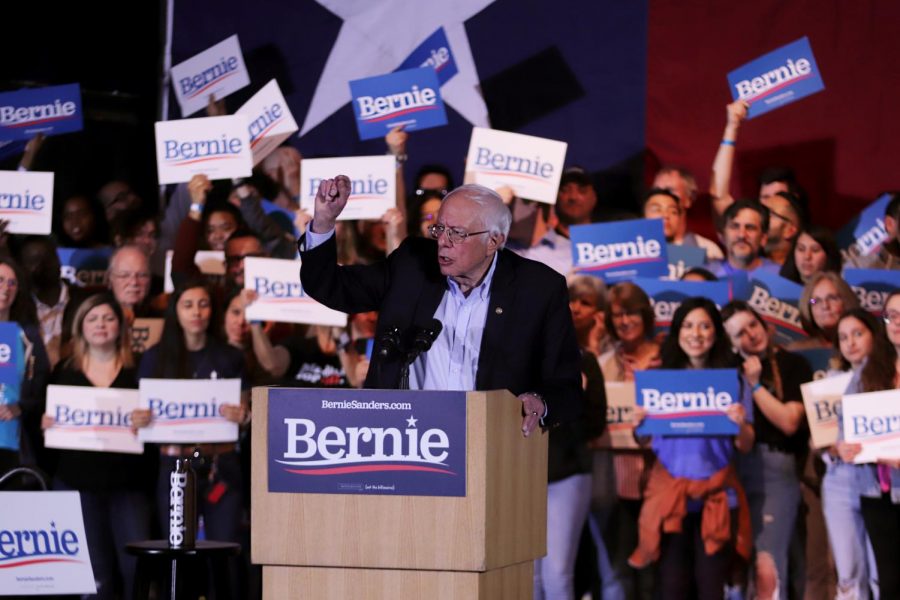 Democratic presidential candidate Senator Bernie Sanders held a rally at Cowboys Dance Hall on Saturday, Feb. 22, in preparation for Super Tuesday on March 3, the day Texas and 13 other states vote in their primaries. At the Feb. 22 rally, he spoke about his policies and celebrated that day’s earlier victory in the Nevada caucus.

The event marked Sanders’ first visit to San Antonio this election cycle. His supporters lined up outside the venue well before 5 p.m., when the doors were set to open. The event began at 7 p.m. with live music, followed by several guest speakers. Among them was Texas-born-and-raised actor Kendrick Sampson.

Soon after, Sanders took the stage with his wife Jane Sanders, introducing her as the “next first lady.” He celebrated his win in the Nevada caucus with the cheering crowd and went into a stump speech that touched on his desire for free health care for all, free public higher education, elimination of student debt and the Green New Deal. Sanders was also met with applause when he spoke about ending private prisons and detention centers, ensuring teachers are paid at least $60,000 a year and legalizing marijuana.

In the wake of his projected win in Nevada, Sanders confidently proclaimed, “We’re gonna win the Democratic primary in Texas” and “We’re going to beat [Trump] in Texas.” He characterized his campaign as a multi-racial and multi-generational grassroots movement.

Outside the dance hall, a group of people formed a demonstration for President Trump with flags and posters supporting their candidate of choice. The group, which included conservative groups such as Young Republicans of Bexar County, Latinos for Trump and Bikers for Trump, chanted “four more years.” Some Sanders supporters stopped to engage in conversation with Trump’s supporters about issues such as healthcare, immigration and the roles of capitalism and democratic socialism in the U.S.

The Sanders campaign stopped to rally in El Paso earlier that same day and traveled to Houston and Austin the following day on Sunday, Feb. 23.