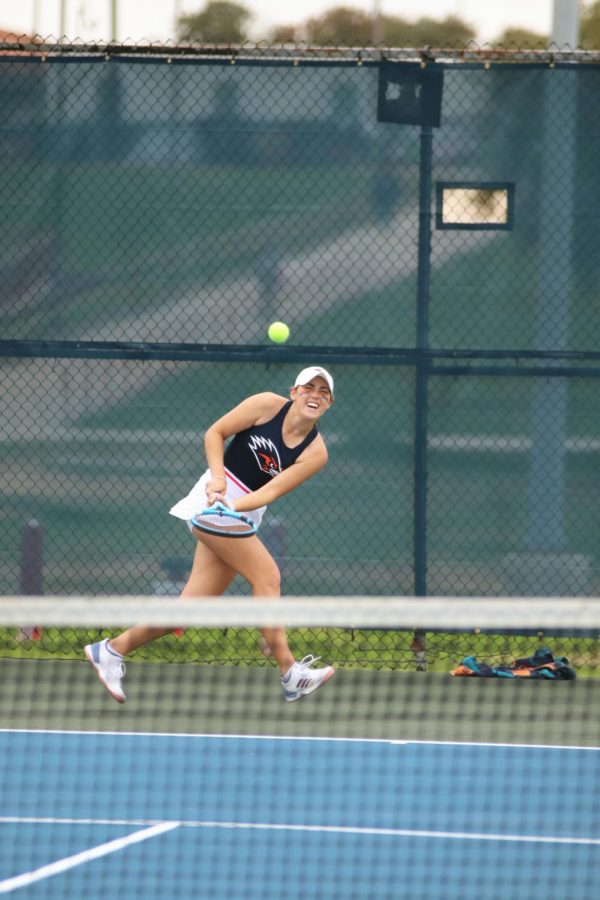 Keegan McCain sends the ball over the net in a rally. The tennis team will be be competing on their home court on March 8.

women’s tennis team competed against the University of Houston (UH) Cougars at the Winston Tennis Facility in Houston, Texas. The Roadrunners finished 0-4.

Meanwhile, in singles play, the ‘Runners faced the same misfortune. Facing a tough opponent in UH’s Chitdara, Cabrera battled strong, dropping 1-6, 1-6. Cabrique pushed against her opponent Stephanie Belovukovic in a 3-6 effort the first set but cemented her defeat with a 1-6 attempt in the second set. In the final match of the day, Laura Munoz-Baroja was locked in a battle on her court, but her opponent triumphed with a 6-2, 6-1 outcome, allowing the Cougars to clinch the match. The other three matches remained unfinished.

The ‘Runners will continue their spring season on Sunday, March 8, against University of Texas at El Paso at the UTSA Tennis Center.