Musician of the week: Amber Mark 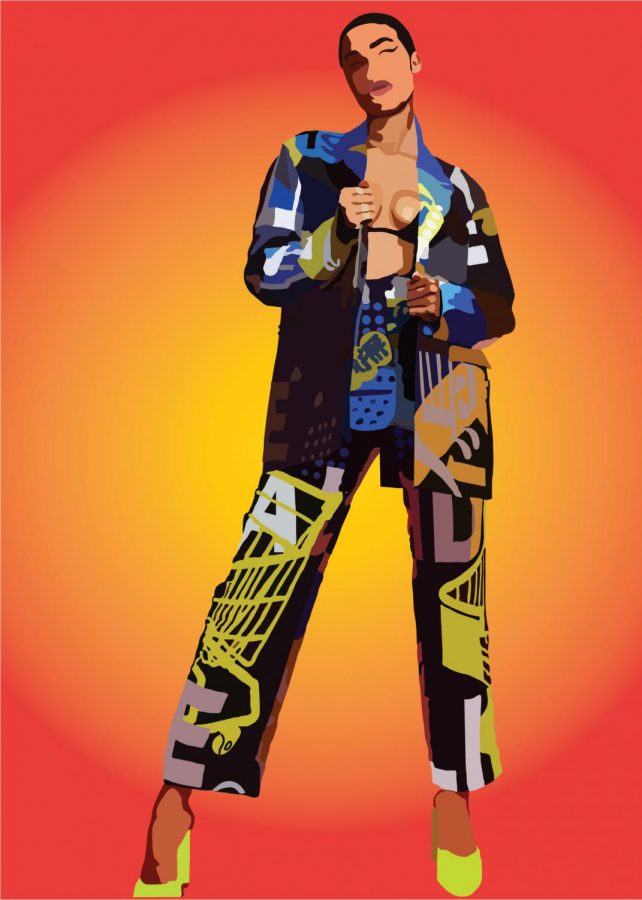 With her album “3:33am” being nominated for Best Engineered Album at the 2018 GRAMMY Awards in 2018 only two years after debuting her first single, “S P A C E,” on Soundcloud, Amber Mark is capturing the ears of music fans all around the nation.

The “Monsoon” singer released her first album, “3:33am,” in summer 2017, attracting attention from significant influencers in the music industry, including the acclaimed Kiwi radio DJ, Zane Lowe. Her latest EP, “Conexão,” deeply seizes the essence of R&B, pop and bossa nova, leaving music fans something eccentric to remember her by. Combining the passionate grip of Sade and the dusky soul of Amy Winehouse, Mark is paving the way for globally influenced music in her vibrant style.

Born to a Jamaican father and a German mother, Mark is culturally diverse, allowing her to create an eclectic blend of neo-soul and R&B-tinged sounds. A nomad, her mother had brought Mark with her to travel, to places such as the U.S., India, Germany, Brazil and Nepal. Mark’s mother, who was Mark’s muse, passed away in June 2013, prompting the “Love Me Right” singer to create her debut album, “3:33am.”

“Musically, I’ve always taken a huge influence from all the places she took me, especially India, and especially because I was a child. [When you’re a child], you’re absorbing things a hundred more times than you’d be at this age now,” Mark confessed to Pitchfork.

“The life that we lived was something that I, to this day, am so thankful for … I realize that there are people who dream of traveling to the places I’ve been to, and they’re much older than I am.”

Mark, who has lived in a Darjeeling monastery in India for three years, rooted her “3:33am” album in grief, including all the dismal emotions she felt when losing her mother in the album. The album was catered to listeners suffering through something less than ideal.

Notwithstanding the melancholic vibe “3:33am” gives out, Mark has mentioned in Pitchfork’s Rising interview that she wants people to know “there’s a light at the end of the tunnel.” A complete contrast to this album, the album “Conexão” deals with finding love again.

“[It’s] the feeling you get when you’re comfortable being your absolute selves with one another, and the connection that it brings,” Mark stated.

The Portugese word for connection, “Conexão” beautifully blends the sensual dynamic of bossa nova with the sultry vibes of R&B, representing Mark’s next chapter of life. With elegance and serenity, Mark was able to convey her message in just four songs.

The title track, “Conexão” introduces the 17-minute EP, capturing the instant fluttering moment when two strangers meet each other’s gaze at an evening function. It’s then followed by the heavily R&B driven “Love Me Right,” in which Mark delves into her then-relationship that was slowly losing its heat.

Her cover of Sade’s “Love Is Stronger Than Pride” is included in “Conexão” and is sealed with Sade’s approval herself. With looped dissonant chords on the keys as the backbone of the closing song, “All The Work” is a confident rejection of an old flame who’s trying to win her back.

With the electrifying nature of her music, the 26-year-old singer is just starting to gain momentum in the music industry. The subtle grief and sudden enchantment embedded in her music can be relished by various music fans as many can relate to her story. Mark, who is currently touring across the U.S, will be making an appearance at Coachella on April 10 and April 17. Mark’s music is available to enjoy across all platforms. To find out more, visit https://www.ambermarkmusic.com/.