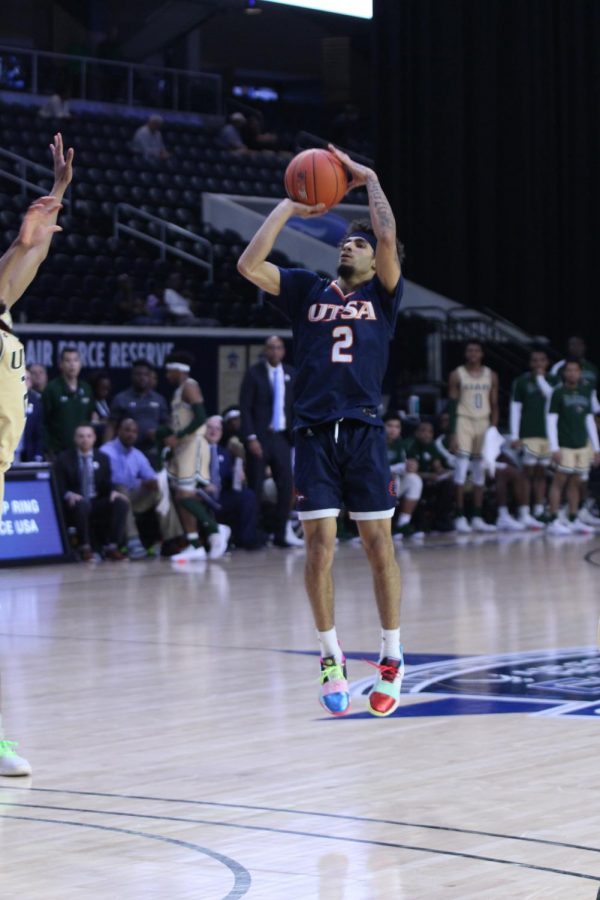 Jhivvan Jackson takes a jump shot during the first round matchup against the UAB Blazers at the Conference USA Championships.

For the second consecutive season, juniors Jhivvan Jackson and Keaton Wallace have been named to the National Association of Basketball Coaches (NABC) All-District team.

Jackson had a record-setting season for the Roadrunners by climbing to number one on the all-time career scoring list for UTSA, scoring the most points in a single season for a Roadrunner, leading the nation in total points this season and ranking second in the nation for scoring average with 27.2 points per game.

Wallace was voted by the league’s coaches and media to the second team All-Conference USA team for the second consecutive season.

The NABC was founded in 1927 by former University of Kansas head coach Forrest “Phog” Allen. The organization is responsible for starting the original Basketball Hall of Fame and helping create the current format for the NCAA Division I Men’s Basketball Championship.