Baby Keem is destined to be a staple in hip-hop 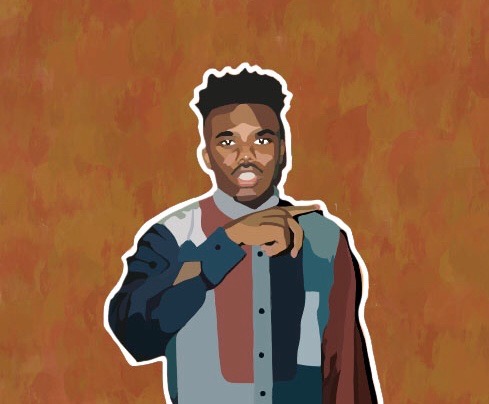 Rapper Hykeem Jamaal Carter, Jr., better known under his stage name “Baby Keem,” has had a swift rise to fame in the hip-hop industry. His hit song “ORANGE SODA” from his second studio mixtape, “DIE FOR MY BITCH,” has accredited the Las Vegas native with over 80 million streams on Spotify alone. This track debuted on Billboard charts at 98, his other tracks not even close to gaining that much traction with listeners. The disparity within his discography has raised a few questions from critics on his come-up in hip-hop. How can a seemingly under-the-radar artist make such a big push in the most oversaturated genre in music? In an era when it seems like every high schooler aspires to be the next Drake or Travis Scott, how is Baby Keem entering similar conversations and making his rise to fame look so effortless?

If you are a fan of hip-hop, the Marvel universe or Disney’s “The Lion King” (2019) — odds are you have been listening to Baby Keem’s music for a few years now.

On Kendrick Lamar’s “Black Panther: The Album,” Keem is credited as a composer, producer and engineer on the soundtrack. His name is on the same list as household names like Kendrick Lamar, Khalid, Travis Scott, SZA and The Weeknd. These artists have sold out arenas and accumulated hundreds of awards. Additionally, Baby Keem is credited as a producer on “The Lion King” since he produced tracks for Beyoncé and Kendrick Lamar to sing over. Keem is also noted in the credits of rapper Jay Rock’s album “Redemption” and Schoolboy Q’s “Crash Talk,” two more artists that have been household names for years.

Keem is sitting at 30,000 followers on Twitter and 149,000 followers on Instagram. For someone so new to the industry, it is hard to find the correlation between his resume and his following. Typically, artists have to put out multiple hits to be recognized by prolific talents in the industry, but Keem was in the studio with them before his first hit, “ORANGE SODA,” even released.

This could have something to do with his relationship with 13-time Grammy winner Kendrick Lamar. Keem and the Compton native and rap legend are cousins. This explains Keem’s connections to Lamar’s “Black Panther” soundtrack, his role in “The Lion King” and his production on Schoolboy Q and Jay Rock’s albums, two artists who Kendrick Lamar happens to have signed to his record label, “TDE.” But this shouldn’t minimize Keem’s rise to fame and his stacked discography. We shouldn’t condemn Keem for being born into a talented family. He was blessed with good luck and capitalized on his family connections, and if Kendrick Lamar was your cousin, I would hope you would do the same.

Despite his family connections, Keem is continuing to prove that he can stand on his own and solidify his role in the genre by displaying an intense sense of versatility for his audience. “DIE FOR MY BITCH” is far from a rap album. His ability to blend genres and still appeal to the hip-hop community is second to none. While “Orange Soda” is reminiscent of the Playboi Carti baby talk rap we have all grown familiar with, songs like “MY EX” can easily be categorized as pop punk and remind me of my My Chemical Romance and Panic! At The Disco phases. His second most streamed song, “HONEST,” has a strong alternative rock vibe, reminding me of The Neighbourhood and Arctic Monkeys. Each song on the mixtape sounds like a different band or rapper, but he attaches his identity to this project the mixtape, and it works flawlessly.

2020 is the year when rappers try to be rockstars. Rapper Trippie Redd has continued to tease his rock album with drummer Travis Barker. Lil Pump has leaked snippets of his attempt at rock music. Genre-bending is the trend in hip-hop currently, but Keem does it best because it’s authentic. He still remains on his own wave and has deviated from trying to be like anyone but himself.

A year from now, I predict Baby Keem will be on everyone’s playlists. He will be headlining festivals and selling out tours. This won’t be because of Kendrick Lamar or his inside connections within the industry; it will be because he put out good music and brought something different to the table in a genre in which everyone is starting to sound the same.