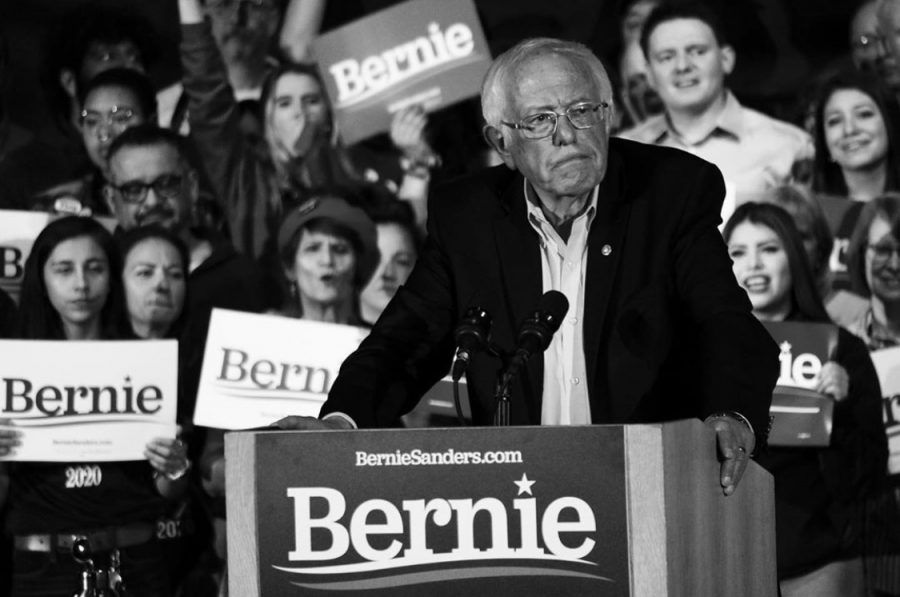 We are all feeling a lot of emotions right now. Among a pandemic, the primary and all the other bad things that were already happening, it is easy and valid to feel hopeless. When I learned that Bernie suspended campaigning, my heart sank. A lot of people’s did. He gave a lot of people, especially young people, something to believe in. We should be disappointed, but then we should be mad. We may be cynical, but then we must keep hope. The opportunity to fight for someone we don’t know has not passed.

Bernie was not our last hope; no one ever will be. This fight has been going on for a long time and will continue to go on as long as we work together. Where electoral politics have failed us, we need to work for our communities. For example, the San Antonio chapter of the Democratic Socialists of America has a mutual aid network that could use more volunteers and donations, and I am sure any of the communities you have moved back to have programs like this. Maybe they could still use one! All the powerful time and resources we have been pouring into this campaign can now be given to community organizations and movements. We have to keep working.

Now is not the time to throw in the towel or say we never deserved Bernie. We’ve always deserved Bernie, and we owe it to each other to keep pushing for a better tomorrow. Our movement is not leaving this race with nothing; Sanders had the largest grassroots campaign of any candidate, and now we have hundreds of new and experienced organizers along with people who, prior to this campaign, had not yet had this flame ignited in them. Policies, like a $15 minimum wage and Medicare For All, that were once radical are now part of the national conversation. We’ve lost a battle but not the war, and we’ve gained a lot of tools along the way.

When you are fighting against the norm, you are never going to be popular, and you are going to lose countless times before you see a win. But this is not about you or me; it’s always been about us.