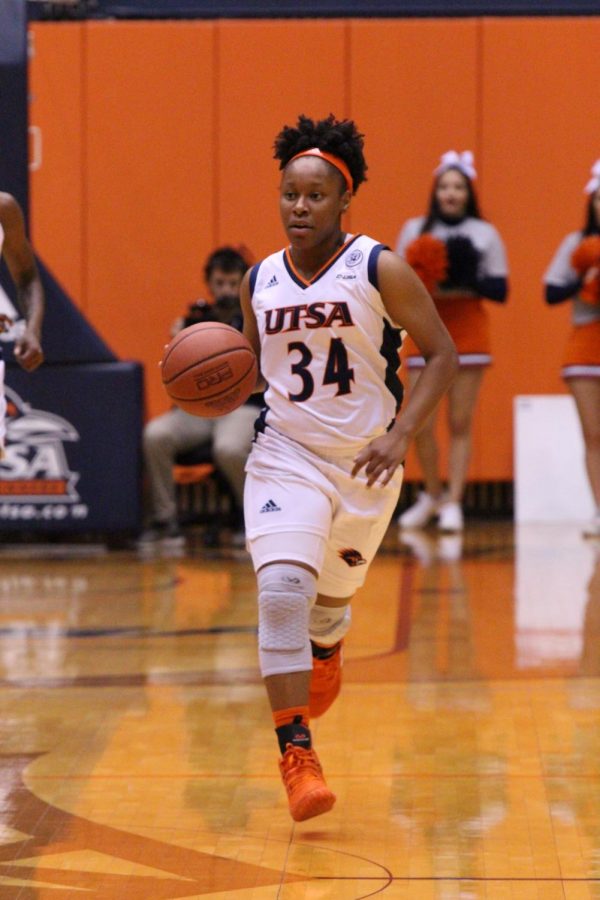 Karrington Donald brings the ball up the court during a conference game.

The Spirit of Service Award, awarded three times a year, is given to 14 different student athletes who have participated in community service  and achieved high academic standing while participating in a sport.

Donald has been active within the San Antonio community by dedicating time to numerous different organizations like the San Antonio Food Bank, Methodist Children’s Hospital, Dreamrunners, Elementary School Outreach, SAAC CANtoberfest, Senior Home Outreach, UTSA Move In and Thank-a-Thon. She also worked with St. Baldrick’s Day, For The Kids Fashion Show and Dance Marathon, and Childsafe Cardboard Kids Campaign. She is also a member of the Roadrunner Excellence and Leadership Institute.

Additionally, Donald is in UTSA’s Honors College and currently has a 3.79 GPA while studying computer science. She has also made the Honor Roll every year, made the Dean’s list three times and been named to the C-USA Commissioner’s Honor Roll twice.