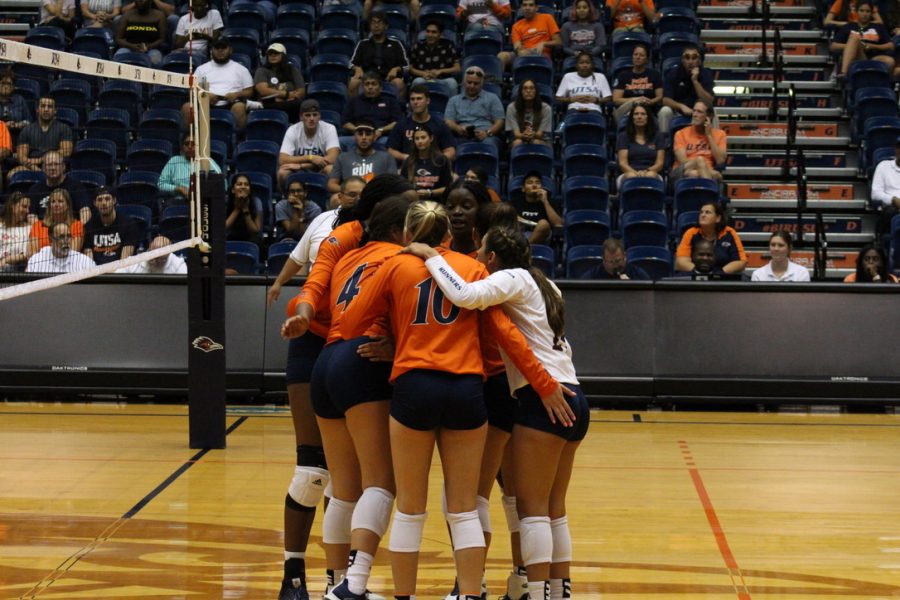 The Roadrunners huddling up during a match earlier in the season. The 'Runners lost four seniors and will look to have their third consecutive winning season.

UTSA volleyball added Alison Jennings to their team for the upcoming season. Jennings comes from the Davidson College Wildcats, where she played in all but two games during her time there.

“We are excited to add Ali to our roster and can’t wait to get her on the court. She adds depth at the middle and we expect her to make an immediate impact,” Roadrunner head coach Laura Neugebauer-Groff said.

During her two seasons at Davidson, Jennings had a .374 hitting percentage with 162 kills and 33 service aces. During her freshman season with the Wildcats, she led the team in blocks and was one of five players to have double-digit kills.