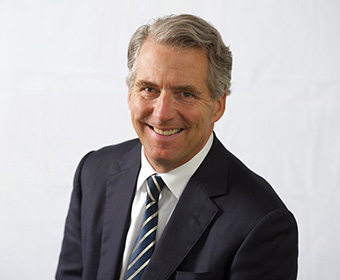 James B. Milliken is the chancellor of the UT System. He recently said that UT universities would be open in some capacity in Fall 2020.

In an interview with the Texas Tribune on April 30, UT System Chancellor James B. Milliken addressed whether UT System institutions would open in the Fall 2020 semester after Texas Tech University and Texas A&M University-San Antonio announced on April 30 they would be opening in the fall.

Milliken emphasized the importance of opening in a safe manner in the fall.

“We’ll do it in a way that is safe and healthy for our students, our faculty, our staff and visitors to the campus,” Milliken said.

Milliken repeated his assertion that UT universities would be open in the fall.

“This is a huge decision and it’s one that we’re going to want to work closely with the leadership of the state on,” Milliken said. “But I think it’s pretty clear that from talking to each of my presidents, from talking to board members and from talking to colleagues around the country that we will be open in the fall. It won’t be entirely like last fall, but it won’t be like this spring either.”

The university did not respond to a request for comment from President Dr. Taylor Eighmy regarding Milliken’s comments and what they mean for UTSA in Fall 2020.