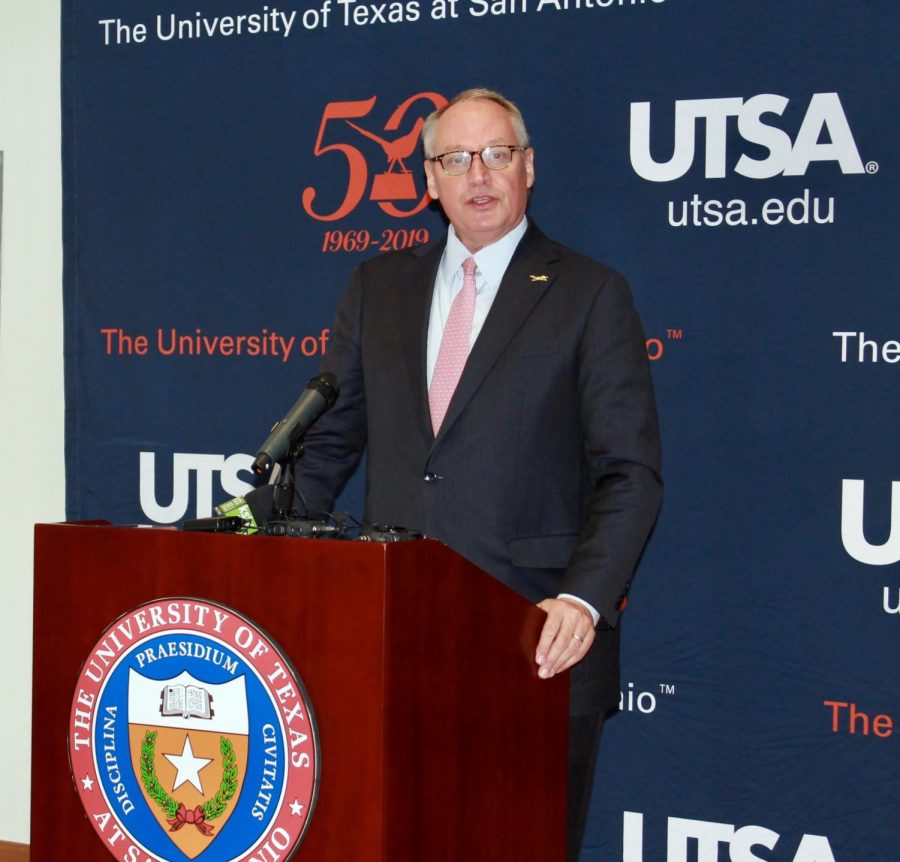 President Eighmy speaks at a podium. Eighmy announced on May 11 that UTSA campuses will reopen in the coming fall.

President Taylor Eighmy announced on May 11 that the UTSA campuses would reopen in Fall 2020 and that a detailed plan of the process and safety measures that will be put in place when the university reopens would be released in late June.

The announcement came 12 days after UT System Chancellor James Milliken said that all UT schools would be opening in the fall. Eighmy went on to say that the university is working with the UT System and Governor Gregg Abbott to ensure the safety of all students, faculty and staff.

Eighmy discussed how instruction might be handled in the fall.

“A blend of in-person and remote learning is a distinct possibility, as is a gradual phasing-in of classroom and lab activities over the course of the semester,” Eighmy said. “Many of these decisions will depend on the use of personal protective equipment, any trends or resurgence in the virus’s spread, the capacity of testing and revisions to social distancing best practices.”

Eighmy also announced eight tactical teams that would develop proposals to support the reopening of campus. The teams will work in the areas of degree completion, revenue generation and inclusive access to education, among others.

“These teams will consist of faculty, staff, students and other stakeholders, and will include many opportunities for input and participation from the broader community,” Eighmy said.