UTSA athletes give their thoughts on protests, social justice 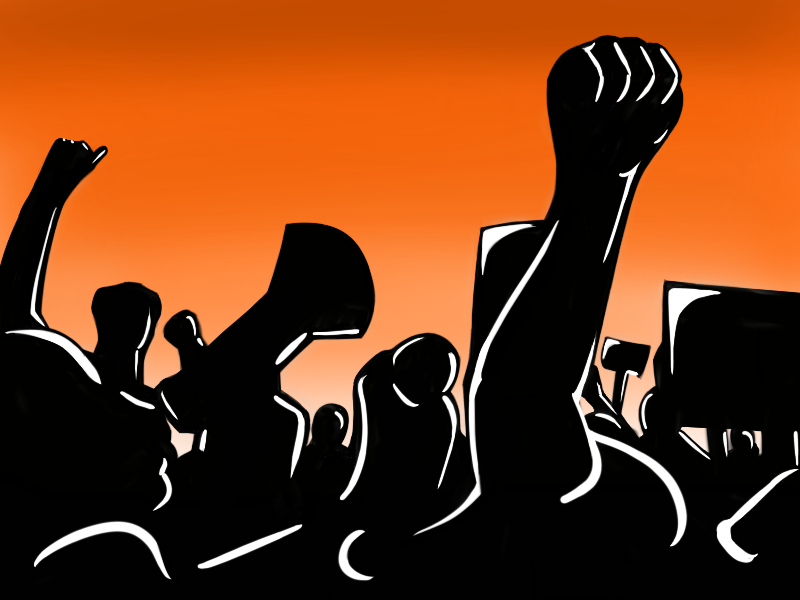 After the death of George Floyd, millions of people, including athletes from the NBA, NFL and other professional leagues, took it upon themselves to promote change in our country. UTSA’s athletes were no different. They have taken notice of the injustices that minorities often run into in America.

“I guess it’s kinda been a long time coming,” UTSA football’s Myles Benning said when asked what he thought about the protests. “Unfortunately, George Floyd was the big case that got this ball going, but the thing is that it’s not a new thing. For me personally, being an African American male, I’ve experienced some of those things and it is hard. It’s not anything new to me, but I think it’s great that it’s being brought to light and that it’s not this quiet movement.”

Men’s golfer Collin Clark also voiced his thoughts on the protests, saying that “a lot of it seems pretty justified. These issues have been around forever — they have never gone away. They’re more prevalent now than ever before because they’re on camera. You get to see a lot more facts.”

Besides sharing their thoughts on the protests, UTSA athletes talked about what they had been able to do over the summer to help the social justice movement and how they had used their platform as college athletes to reach people. “I joined the SAC [Social Injustice and Diversity Group], and our goal is to push forward a kind of training or requirements similar to the Haven or the AlcoholEDU we do at UTSA, to help educate people about racial injustice, voting, stuff like that, stuff that we feel like is important for people to be educated on,” said Clark.

Women’s basketball’s Karrington Donald shared her opinions on the protests as well. “I feel like we’ve always had racial tensions in this country. Personally, with the pandemic, I think that people have had time to pay attention to what’s going on, and I feel like that’s a big reason why this time around it really sparked the protest more. As far as protesting in general, I think that every American has the right to protest, so I’m 100% for people being able to practice their rights in order to enact change.”

Benning, Donald and women’s volleyball’s Mia Ybarra all used social media as a primary way to spread awareness over the summer.

“The UTSA women’s basketball social media account … participated in Blackout Tuesday [and] tried to spread awareness through social media with our individual stances as well,” Donald said. “Since we can’t really be in person right now, social media has been the way we’ve been doing a lot of things.”

UTSA athletes also recognize that sports have an ability that other social interactions may not: to tightly bond people from all walks of life in order to pursue a common goal.

“Everyone has a common goal, whether that be to win or to get better. You have that common goal,” Benning said. “You don’t care what the person is next to you. Black, white, yellow — it doesn’t matter. Everyone comes from a different background, but when you’re in that team environment, it just bonds everybody. You don’t see color; you see a teammate.”

“No matter the background, you’re always working for a common goal,” Ybarra said.

The issues Americans face today are not new, but the strength of the movement that picked up steam this summer has created a sizable opportunity to improve and work toward a better future together. When asked what we must do to ensure that we, as a society, rectify social injustice, UTSA athletes provided some valuable insight into what they think needs to happen.

“We need the correct leadership, the right leadership, whatever that may be and whatever form it comes in,” Clark said. “It can’t come just from up top; it has to be state and local, too.” Ybarra added that, “we must be willing to listen and not ignore systemic issues just because they may not affect us personally.”

“As a society, what’s paramount is that we educate ourselves and also have respect for one other,” Donald said. “If we just learn how to open our ears, I think we can make a lot of progress.”

Ybarra, Benning, Donald and Clark’s views on social justice agreed and intertwined with each other in several ways; their voices should be heard as a call to unity both on campus and in our country.