Democracy in action: Why we shouldn’t run Kanye out of politics 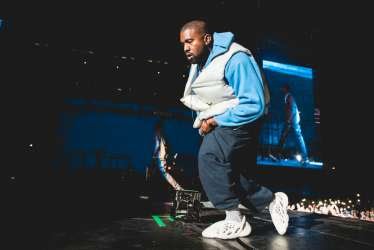 Ever since Kanye West announced his presidential bid in early July, many Americans have questioned the validity of West’s political aspirations. Whether this is a serious effort to take office or merely a publicity stunt, West is determined to get his name on the ballot in as many states as possible.

Since West is registering as an independent candidate with Election Day only about two months away, the deadline to file in 25 states, including Texas, has already passed, although he can still be written in. Additionally, after being deemed ineligible in Illinois, Montana, Ohio and West Virginia for failing to produce the required number of signatures, West will only be listed on 31 states’ ballots at most, assuming he is able to meet the requirements for independent candidacy in all remaining states.

Recently, West has decided to sue Ohio’s Republican Secretary of State Frank LaRose for rejecting his candidacy paperwork and a place on the ballot.

As more states continue to reject West’s petitions to be placed on the ballot, some people feel that West is being treated unfairly in order to quell his presidential aspirations early on. This raises an important question when examining what this means for American election processes: Is it reasonable for candidates to be denied a place on the ballot if they don’t have a real chance at winning the election, even if they meet all the requirements for official independent candidacy?

Personally, I wouldn’t say I love Kanye like Kanye loves Kanye, and I feel that his campaign is pulling some voters away from the effort to elect Biden and get Trump out of office. However, I believe considering the implications that denying West a place on the ballot could have on elections in the future is important.

Sure, Kanye West is an outlandish candidate with a virtually nonexistent shot of ever becoming president of the U.S., but if we allow candidates to be denied on the grounds of state officials deeming them unfit for office because they are outlandish rather than the people doing so by simply not voting for them, then it could potentially block more progressive candidates in the future that people actually want to vote for.

Imagine if Alexandria Ocasio-Cortez was denied a place on the ballot because a government official considered her to be an outlandish candidate attempting to run against 10-year Democratic incumbent Joe Crowley; it would have put her at a significant disadvantage, and Crowley might have been able to win the election. Of course, this is not to say Kanye West and AOC are the same or that running for president and running for U.S. representative are the same, but this example is meant to highlight what censoring West could mean for other candidates in the future who are perceived as unconventional yet may have a more reasonable shot at winning an election as an independent.

Especially as more Americans become wary of the two-party system after Bernie Sanders got the short end of the stick yet again in the Democratic primary, it wouldn’t be surprising to see more left-leaning candidates run as independents over time to deviate from the Democratic establishment and support a more progressive platform.

To avoid complications with politicians gatekeeping independent candidates in the future and to keep the power of selecting viable candidates in the hands of the people, I think we should allow Kanye to go through the process fairly and pursue his pipe dream of becoming president.