The 2020 VP bid that should have happened 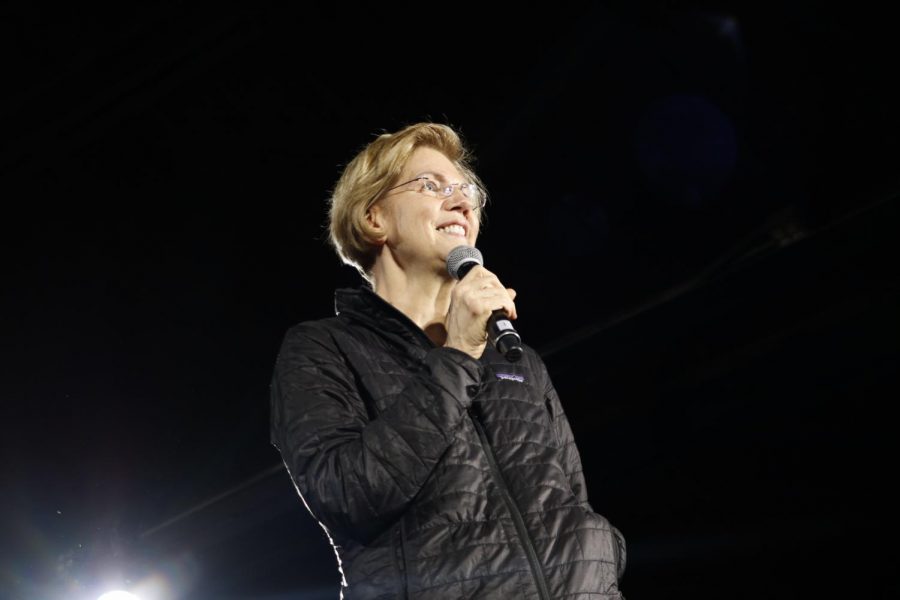 Democratic presidential nominee Joe Biden may have made a fatal misstep in selecting Kamala Harris as his running mate. Kamala Harris is the first Black woman and the first person of Indian descent to be nominated for national office by a major party. As a biracial African American woman myself, I by no means wish to downplay the gravity of this moment. Yet, I find myself questioning Harris’ overall qualification and her ability to increase Biden’s voter turnout for the general election.

Johnnie Cordero, chair of the South Carolina Democratic Black Caucus, put it best in his statement to Politico: “Black candidates make one primary mistake: They assume that they’re going to have the black vote just because they’re black.” I agree with Mr. Cordero’s sentiment, especially in regard to Joe Biden selecting Kamala Harris as his running mate. Harris’ authenticity, campaign organization and experience left voters with a lot to be desired. One alternative candidate who appears to meet all the marks for a strong running mate for Biden is progressive Massachusetts Sen. Elizabeth Warren.

Looking to the past, we have seen untapped voting demographics determine who will win the election. For Obama, this base was Black voters and young people; for Trump, it was disenfranchised white voters. This year, the two most essential voter turnout demographics for a Democratic presidential victory will be Black voters and voters under 45. Looking back to Super Tuesday, a poll conducted by Edison Research found that in the primaries held that day, Biden secured 61% of Black voters but fell short with younger voters, receiving only 13% of liberal voters under 45. The poll also found that 73% of Democratic voters under 45 identify as liberal as opposed to moderate or conservative. A moderate ticket such as Biden-Harris may fail to inspire largely progressive millennials to come out and vote on Election Day. Strategically speaking, it seems evident that the Biden campaign needs a vice presidential nominee who demonstrates a consistent progressive record.

Hence why Warren would have been a strong vice president candidate to reach the voters Biden will certainly need. Warren’s reputation as a progressive fighter who doesn’t back down certainly would have benefited Biden’s ticket by reaching the liberal Democratic base. Warren has the trust of progressives because of her consistently progressive policy positions. With many of the same political positions as Sen. Bernie Sanders — who secured 63% of voters under 45 on Super Tuesday — Warren has the most potential to reach Sanders’ base, which largely decided to not vote in 2016, according to NPR.

A Morning Consult poll released in May asked voters whether Warren’s selection as Biden’s running mate would make them more likely to vote for Biden. The results showed Warren polling better than any other potential vice presidential contender, especially among Black (24%) and Hispanic (28%) voters as well as voters under 45 (12%). The same poll found that a potential Harris selection only had a similar influence on 9% of voters under 45, 19% of Black voters and 13% of Hispanic voters.

Early in Harris’ presidential run, she was quickly labeled “the cop” by many progressive voters, who raised questions regarding the authenticity of her commitment to fight for social justice. A recent Politico article on Harris’ record stated that Harris’ “record included fighting to keep people in prison in certain cases where there was evidence of wrongful conviction and shying away from investigating police shootings.”

Although Harris has recently pushed for criminal justice reform, including a pledge to eliminate private prisons and mandatory minimum sentences, it may appear as a calculated move in an attempt to appeal to progressive and Black voters. Calculated or not, Morning Consult polls consistently showed Harris never placing higher than third among Black voters throughout her presidential run.

Harris’ progressive policy shifts are comparable to the policy shifts Hillary Clinton made in 2016. Harris, like Clinton, has an early-career history of supporting criminal justice positions that had a largely negative effect on the African American community. The clear difference between the two is that Harris was unable to effectively explain her prosecutorial record throughout her presidential campaign. This ultimately begs the question: Will Harris’ lack of authenticity result in the same low Black voter turnout present in 2016 for Hillary?

Besides increasing voter turnout, it is equally important to evaluate how successful Harris’ campaign organization was in the primary election. The Trump campaign has raised a reported $1.1 billion since January of 2019. Biden will definitely need a running mate with a strong campaign financial base to remain competitive with the bottomless pockets of President Trump’s campaign.

Warren demonstrated her ability to organize a strong grassroots campaign financial base in the primary elections with her personal calls to donors. In the fourth quarter of the primary election, Warren was able to raise $21.2 million through her grassroots campaign while former  vice president Joe Biden, who accepted Super PAC money, raised $22.7 million, not to mention Warren proved herself a valuable financial asset to Biden’s campaign when she organized Biden’s largest campaign donation haul to date at a reported $6 million.

In stark contrast, Harris’ run in the primary election was disorganized overall with much controversy rising when Harris’ campaign state operations director, Kelly Mehlenbacher, resigned. Mehlenbacher noted in her resignation that Harris’ campaign was disorganized and staff were treated poorly. Ultimately, what killed Harris’ presidential campaign was her inability to organize campaign donations. By September, Harris’ campaign had lost steam and donations. Gil Duran, a former aide to Harris, wisely noted to The Times, “You can’t run the country if you can’t run your campaign.”

Vice presidents are a heartbeat away from the presidency. As the number two of this great nation, it is certainly important that the vice president has the necessary experience to be president, especially given that Biden, if elected, would be the oldest politician to ever serve as president at 77 years old. With the country in the midst of a recession, the Pew Research Center found that 79% of registered voters say the economy will be very important to them in making their decision about who to vote for in the election. Notably, a CNN exit poll of Democratic primary voters found that 43% believe the U.S. economy needs a “complete overhaul.” With that said, Warren’s appeal as Biden’s running mate is apparent.

Warren’s forceful economic message and experience in various economic Senate committees would have been of great value to Biden’s campaign, as well as the entire nation. Warren has long criticized wealth concentration and corporate power, and her economic message was sure to resonate with voters ready for a change in our economy.

Based on Warren’s authenticity, campaign organization and experience, she appears to be the more viable running mate for Biden. This begs the question: Will the potential of a Vice President Harris be enough to secure Biden the presidency? I certainly hope so, but only time will tell.