Groff and Pittman reflect on the postponement of volleyball and soccer 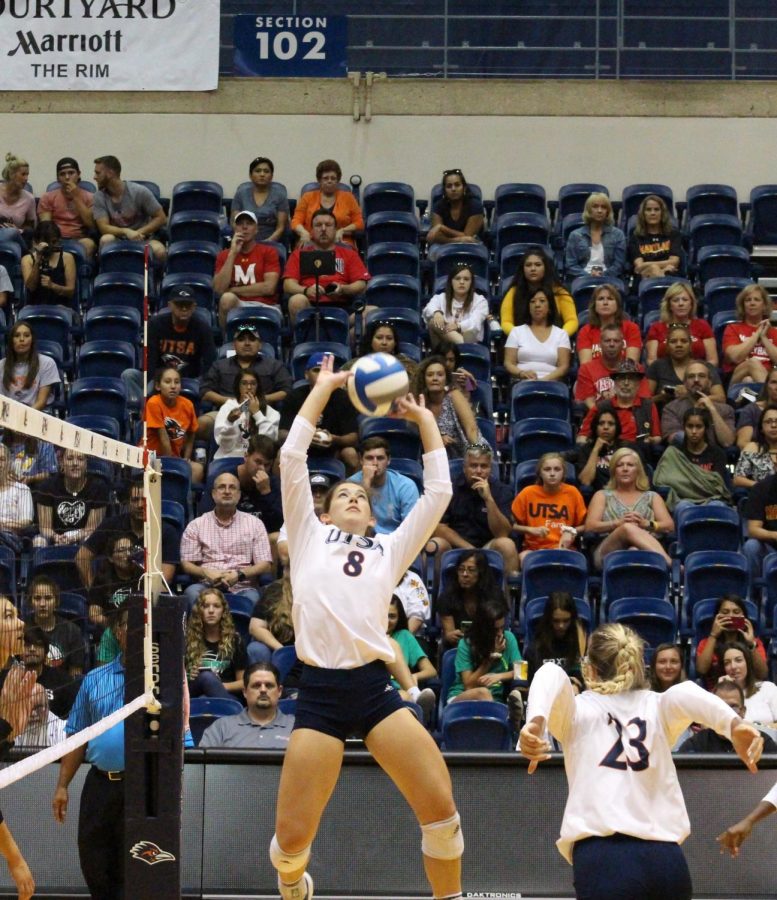 Following months of uncertainty, the Conference USA (C-USA) Board of Directors decided to postpone the soccer and volleyball seasons. This decision directly impacted the Roadrunners’ fall athletics schedule, as the athletes had already been on campus preparing for their regular seasons.

“It came as a complete surprise,” head volleyball coach Laura Neugebauer-Groff said. “I really thought they would let us go through with the season because who knows what the spring is going to bring. We all were working out already, but we are going to use this to get better as a team and hopefully have a good spring.”

Both teams had returned to campus in early August to prepare for the fall seasons. With the postponement of the seasons, soccer and volleyball will now be competing in the spring with basketball, tennis, softball, baseball, and track and field.

“Since that announcement, our team has been very focused,” head soccer coach Derek Pittman said. “We have been working really hard in training sessions and doing whatever we can to prepare, and we’re working on improving ourselves not only individually but as a group and a team.”

Many safety protocols have been put into place both on the field and in the gym for the safety of both student athletes and staff. Wearing masks and receiving temperature checks upon entering buildings and the optional wearing of masks during competition are some of the new protocols instated by the teams. The coaching staff wear masks in offices and during practices to promote the safety of the teams.

Both teams have utilized safety protocols from both the city of San Antonio and UTSA to create a safe environment for the teams to prepare for their seasons.

“We are taking as many practical protocols as we can and doing whatever we can to make sure we can keep our players as safe as possible,” Pittman said.

Due to the spring training schedule being cut short after the closing of the university in March, the soccer and volleyball teams did not get to participate in their spring developmental training. Instead, both teams were given summer workouts to keep the athletes in shape and prepare for the 2020 seasons.

With a new training schedule for the fall, the soccer team has been focusing on small group and individual training for the month of September and will be transitioning to team concepts for play in October. Volleyball has taken advantage of the extra months of preparation by utilizing the competition in practice to evaluate the roster. The development of team skills and conditioning will begin during the team’s three practice weeks before the start of the spring season.

“Our job as a coaching staff is to make every day’s practice a competition, motivate them and hold them accountable,” Groff said.

“It was definitely a blow when the season got postponed and things did get shut down, but we have kept our players very informed in regard to the possibilities of what may or may not happen,” Pittman said. “When you start to see so many conferences postponing their fall sports to the spring, it became pretty evident that was going to happen. I think our players handled it well and have been able to refocus themselves knowing what is in front of them.”

Players have been encouraged to keep themselves and their teammates safe in social situations and to wear masks.

Pittman and his staff have begun to take advantage of the extra time granted by the postponement to focus on strengthening the defense of his team for the upcoming season.

“We feel like we have a very organized team defensively; we don’t give up a lot of goals,” Pittman said. “One thing we felt like we needed to do a better job going into this season was scoring more goals. We need to be more dangerous on the attack, and that has been a big focus of our training in a sense of how we defend, and once we win the ball, what we do with it.”

Groff’s main focus for the additional months of practice is allowing her team to improve their skills and grow as a synchronized unit before stepping onto the court for their first game next spring.

Both teams are focused on increasing their skill levels before competition starts in the spring, and both have their eyes set on winning C-USA’s championship competition.

“When we get the opportunity to play, my goal is to have the team in the best volleyball shape they can be in so we have a chance to be successful,” Groff said.

Pittman and Groff have implemented the same philosophy for their teams during this time of change as their players experience new seasons, schedules and protocols.