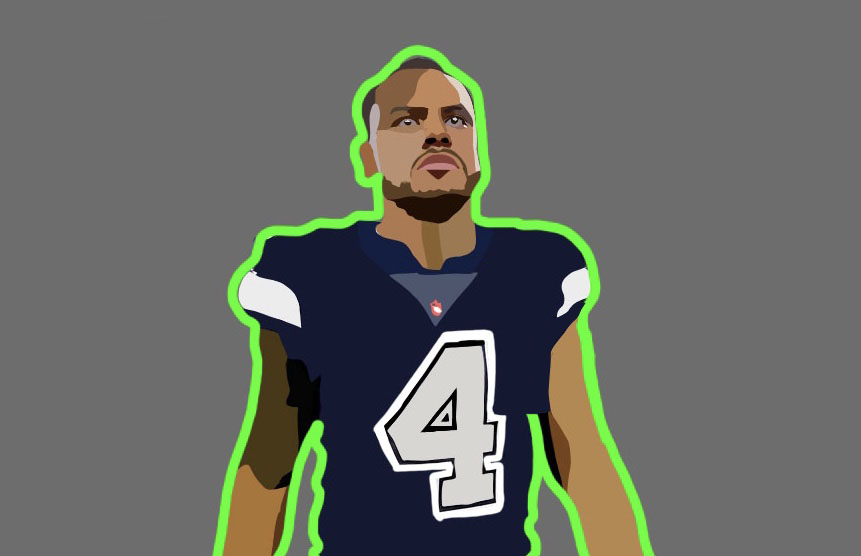 Dak Prescott recently captured the hearts of many individuals when he opened up about his mental health struggles with interviewer Graham Bensinger. Prescott explained that he struggled with anxiety and depression during the pandemic. Those feelings were intensified by his brother Jace’s death by suicide in April of this year. He identified his need to seek emotional support from a mental health professional.

“I think being a leader is about being genuine and being real. And as I said, if I would not have talked about those things to the people that I did, I wouldn’t realize that a lot of people go through them and they are as common as they are,” Prescott said on Sept. 10. Current NFL players, celebrities, and social media users voiced their support for Prescott and the courage he showed while opening up. However, Fox Sports analyst Skip Bayless’s response to the interview on his sports talk show, “Skip and Shannon: Undisputed,” left many viewers disappointed by his comments.

“You’re commanding a lot of young men and some older men and they’re all looking to you to be their CEO to be in charge of the football team,” Bayless said. “Because of all that, I don’t have sympathy for him going public with ‘I got depressed; I suffered depression early in COVID to the point I couldn’t work out.’” He then proceeded to talk about his traumatic upbringing and how he turned out just fine. He made a common mistake some people make when others open up about their traumatic experiences: Bayless invalidated Prescott’s feelings and then attempted to compare their experiences, a response that lacked empathy and understanding for Prescott’s mental struggle. His comments perpetuated the stereotype that everyone goes through things but you just get through it. Bayless had an opportunity to relate with Prescott and come from a place of humble understanding, but he failed miserably. After much-deserved scrutiny from the general public, Bayless addressed his comments the following day; however, his response to his insensitive comments was lukewarm, as he did not issue an apology.

Through his sentiments, Dak showed his true strength by allowing himself to be vulnerable and relate to those who battle with mental illness. His ability to show that, despite being the star quarterback of the Dallas Cowboys, he has common struggles with the average individual, showing how mental health problems can affect anyone. Furthermore, Prescott was already dealing with the injustices we Black men face in America and the resulting pent-up emotions, such as fear, that we endure in our daily lives. The moment I heard his statement, I felt that I, too, could be more vulnerable with others. In a society where some may perceive us as aggressors and thugs, it made me feel more empowered as a Black man. I’m forever riding with Prescott, not only as my quarterback but as a leader for Black men. People are more than their profession, and Prescott’s vulnerability reminds us that we are all human.