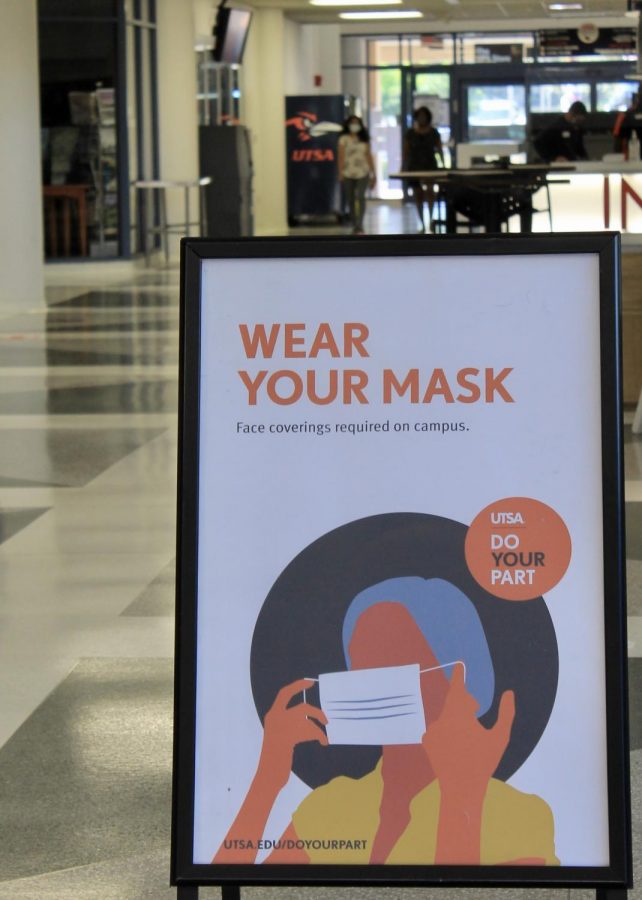 A sign in the Student Union tells university community members to wear face coverings. The signage is part of UTSA's "Do Your Part" campaign to slow the spread of COVID-19 on campus.

UTSA launched a new COVID-19 surveillance testing program on Sept. 14 for asymptomatic students living in on-campus housing. Participation in the program is voluntary, and the tests will come at no cost to students who are selected and choose to participate.

The surveillance testing program is aimed at asymptomatic students living in Laurel Village and Chaparral Village, two UTSA-owned housing complexes at the UTSA Main Campus. 1,027 students are currently living in UTSA-owned housing, according to a university spokesperson.