Athlete of the week: Rashad Wisdom 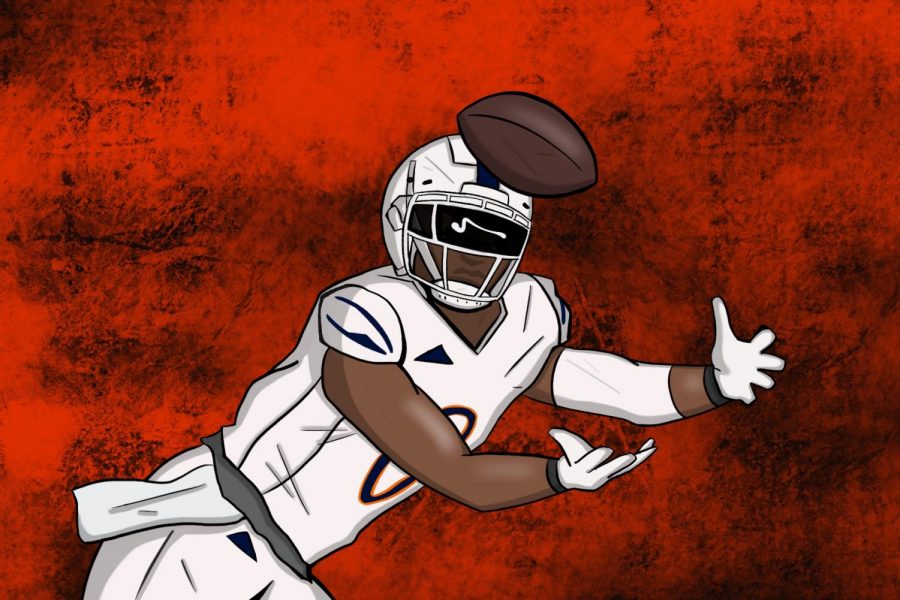 Sophomore safety Rashad Wisdom started off his season with a bang. During crunch time of the I-35 Showdown against the Texas State Bobcats, with 3:34 left in the fourth quarter and the Bobcats driving for the lead, Wisdom snagged an interception off a deflection and returned it 77 yards for a touchdown. The score eventually played a pivotal role in UTSA’s victory. Wisdom’s knack for big plays and strong defensive performances have shined since his debut last season, and he looks to continue his outstanding level of play this season.

Wisdom, a computer science major, has his eyes set on the NFL and possibly the beginnings of his own business after he graduates. “I definitely want to try to make it to the NFL. That’s always been a goal for me. Other than that, I really want to have my own business of some type, or work for a tech company using my degree,” he said.

He also mentioned what had originally attracted him to UTSA’s program and convinced him to play here.

“At the time, I didn’t really know too much about the school. I just knew it was UTSA and it was just down the road,” Wisdom said. “But once I got on campus, I saw how nice it was. I really liked the coaches; they really liked me. But I would probably say the biggest things were staying close to home and staying close to my family, cyber security because that’s my major, and I was real big on how good it was here at the school and the opportunity to get on the field early.”

When he’s not training or preparing for football, Wisdom likes to relax by making time for his hobbies.

“I play video games,” Wisdom said. “I’m an Xbox dude, not a PlayStation guy. [I] watch YouTube, Netflix, listen to music, go be with my family. I really like being out of the house though, whether that’s just being at someone else’s house, going out and doing stuff — I’d rather be out of my house and socializing rather than just staying inside all day.”

The safety also talked about his music preferences and game day routines.

“I have a playlist that I listen to, but it’s really whatever I’m feeling that day,” Wisdom said. “I will say that J. Cole is my favorite artist; he’s always been my favorite artist. I also like Meek Mill — Moneybagg’s cool — Gunna. I’d say those are my main dudes that I’m listening to right now. On game day, it’s just a variety.”

As someone with his goals set at the NFL level, Wisdom is inspired by several pro players, studying what they do best in order to improve his game.

“Growing up, I always played running back, so my favorite player still to this day is LaDainian Tomlinson, the running back for the Chargers,” Wisdom said. “But now, I try to model my game after dudes like Tyrann Mathieu, Jamal Adams, you know, just from the simple fact of how versatile they are, the different things they can do on the field. Whether it’s coming down in the box, playing man to man or zone, they’re just all over the place, and they can do it all, and that’s what I want to model my game after.”

Wisdom has plenty of time left at UTSA to create memories he can look back on with pride, but one moment he already remembers fondly was when he was informed that he was going to be a starter as a freshman last year.

“I would probably say my favorite moment was finding out last year that I was starting,” Wisdom said. “Leading up to the depth chart being released, I was really nervous. I didn’t know if I was going to start or where I was going to be at. That’s probably my favorite moment — also finding out Sincere [McCormcik] was starting as well, too. We both came in together; that’s been my guy since we first met.”

Wisdom and the Roadrunners will look to add another win to their record this Saturday against the Stephen F. Austin Lumberjacks.